Home Economy China plans to turn up heat in crackdown on monopolies after opening... 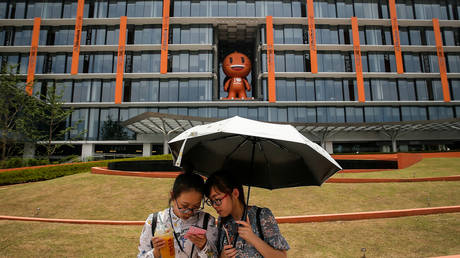 As Chinese digital behemoths continue to expand, the government will concentrate its efforts on regulating monopolies this year, officials said at an annual legal meeting.

Chinese officials gathered for a conference on judicial, prosecution, and public security in Beijing over the weekend, according to a statement on the WeChat account of the Central Political and Legal Affairs Commission. While one of the tasks for 2021 outlined during the meeting is to promote the development of internet platforms in accordance with national laws, it was stressed that it would be necessary to improve relevant regulations in the field. This will include taking measures targeting monopolies and unfair competition.

While the statement pointed at no company in particular, it was issued at a time when big tech firms, both in China and globally, are facing more scrutiny from the authorities. E-commerce titan Alibaba and finance behemoth Ant Group, the other jewel in founder Jack Ma’s crown, are the latest examples.

In December, China’s antitrust regulators opened an investigation into Alibaba over allegations it forces its sellers to stay away from rival platforms. And a month before that, the IPO of Ant Group, which had been set to make the world’s largest debut on the stock market, was abruptly halted, and the firm’s executives were summoned to attend talks with China’s central bank and regulatory agencies.

China is not alone in its attempts to regulate the rapidly developing digital industry. Tech giants, including Google and Facebook, have been subject to multiple investigations in the US and Europe.