Home World CES 2021: Is this the world's smartest face mask? 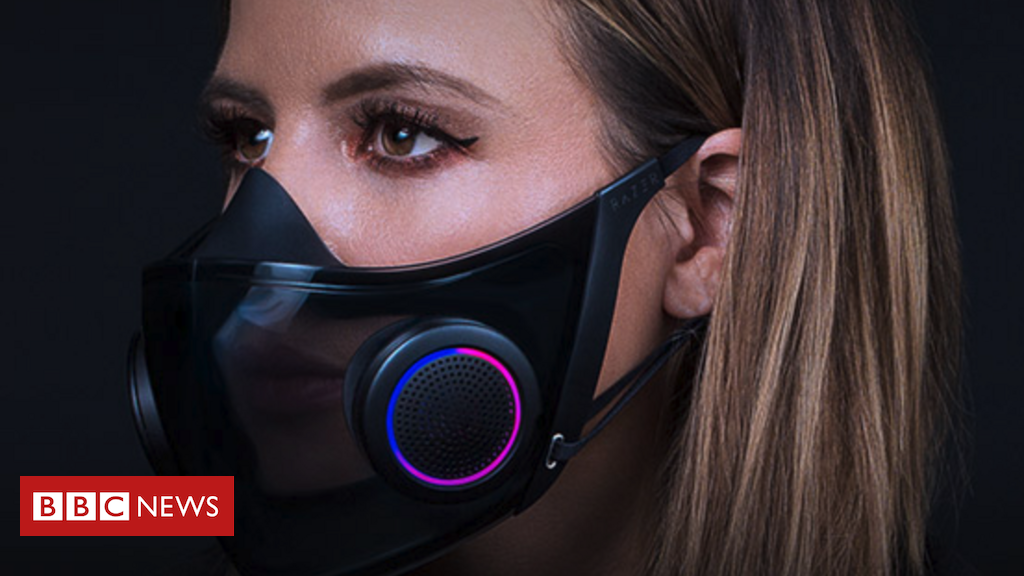 Gaming company Razer has made what they claim is world’s smartest face mask – complete with a built-in microphone.

The prototype, revealed at the tech convention CES, claims to amplify the users’ voice – to prevent muffled speech.

The company says the mask is classified as an N95 surgical mask, however the BBC has not reviewed the product.

The mask itself is made of transparent plastic, making it easier for people to lip read and pick up on facial cues.

A transparent mask is hardly an innovation itself – there are plenty on the market. However the company says the mask also has a “low light mode”.

That means the mask’s interior lights up automatically when dark – illuminating your mouth. Razer claims this allows you to “express yourself clearly regardless of the lighting conditions”.

Is it comfortable to wear with all that tech inside? Well, the BBC’s tech team hasn’t tried it out.

But Razer says a silicon fitting around the face keeps is comfortable – and stops the mask itself from touching or resting on your mouth.

The mask’s patented “voiceamp” feature is arguably the most technologically advanced aspect of the mask.

The company says the built-in mic and amplifier will make your voice clearer.

Muffled speech can be a particular problem with traditional nose and mouth coverings.

This is a concept product – it’s not currently for sale. The BBC has reached out to Razer, and has yet to receive a response.

However speaking to The Verge technology website, the company said the ventilators’ longevity is still being tested, along with when the filters need to be changed.

Other companies to have unveiled eye-catching concept products at this year’s CES expo include: