Home Economy Central banks do not have the physical gold they pretend to have,... 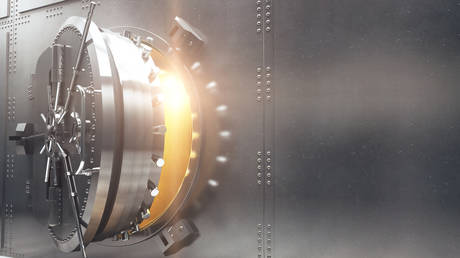 Max Keiser interviews Egon von Greyerz of GoldSwitzerland.com about the impossibility of price discovery because of the paper gold market, in which $70 trillion is traded every year against $213 billion annual mine production.

The BIS (Bank for International Settlements) and the bullion banks are constantly manipulating and intervening in the market, Greyerz says.

“They have total immunity against any prosecution. They interfere in the gold market and, in my view, that’s because central banks don’t have the gold that they say they have,” he explains. “They have to constantly trade to pretend that there is still gold around.”

He says that “in the old days,” gold was lent by central banks to bullion banks and kept in London while still belonging to central banks. Since then, everything has changed. “So, in my view, all of this massive trading activity is to basically disguise this fact that there isn’t enough physical gold around.”