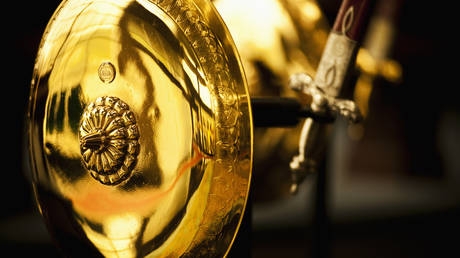 With gold prices rising, veteran RT host Max Keiser sat down with financial journalist and author of the ‘The Big Reset’, Willem Middelkoop, to discuss the metal’s dominance on the financial market.

“The central bankers, Wall Street – the usual suspects – they’re losing this war on gold as they have done in the 1960s,” Middelkoop told the Keiser Report.

The year the author was referring to is when the London Gold Pool existed. The group was comprised of several central banks, which dumped their gold reserves to keep bullion price at $35 per troy ounce. Middelkoop says that now we can see “the second London Gold Pool is failing.”

“If you look at the physical deliveries, we see higher and higher amounts of physical gold itself being delivered every month now and this has started in March during the corona crisis panic. So I think this is the last phase of this gold war.”

The analyst noted that the booming demand for the safe-haven metal may also lead to gold revaluation, which would happen against the backdrop of the devaluation of the dollar. He believes that central bankers may revalue gold much higher than they did in the 1930s.

“When we see some more serious inflows into the gold space, I wouldn’t be surprised when we would have a sudden announcement on Sunday afternoon or Sunday night that central banks are revaluing their gold reserves and that would change the whole financial industry,” Middelkoop said.