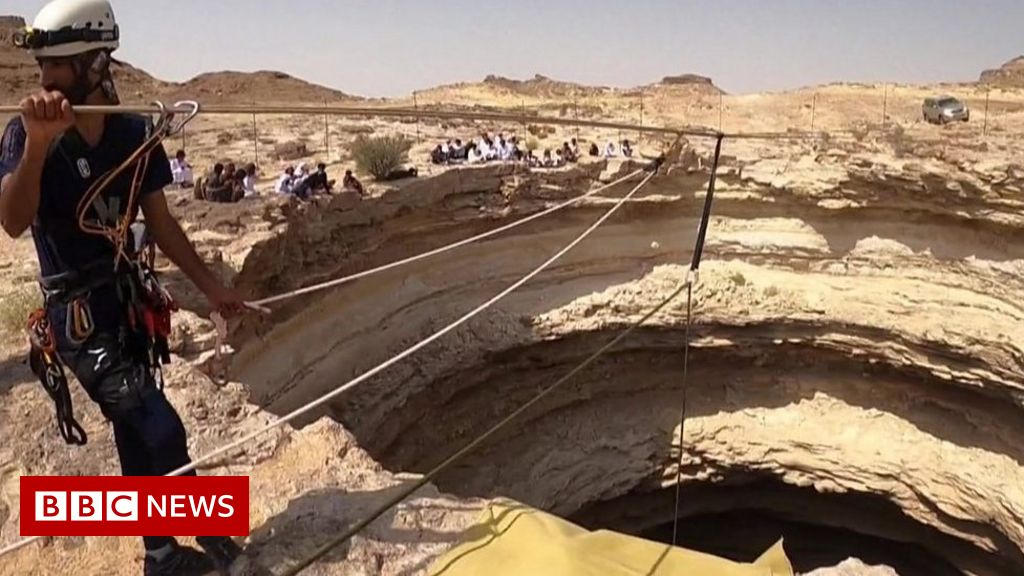 A team of cavers from Oman has made what is believed to be the first descent into the so-called “Well of Hell” – a vast hole beneath the desert in eastern Yemen.

The natural wonder – which is approximately 30m (98ft) wide and 112m deep – has long been shunned by local people. For centuries there have been stories that it harboured jinns, or genies.

The Oman Cave Exploration Team found stalagmites and cave pearls, which are formed by dripping water. They also came across snakes and various dead animals.