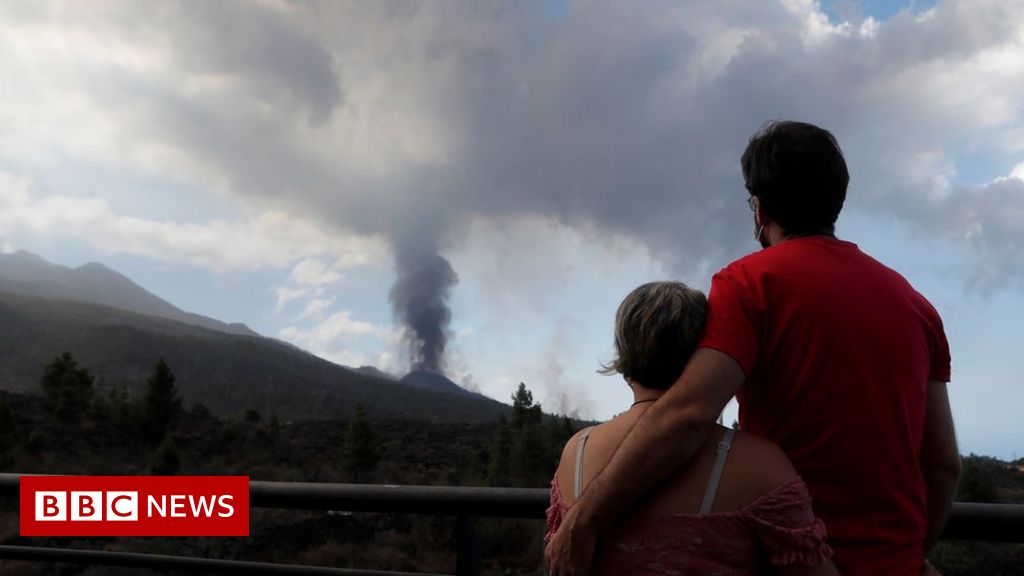 Intensifying volcanic explosions have forced the airport on the Spanish island of La Palma to be closed.

A thick plume of smoke now extends four kilometres (2.4 miles) into the air.

Clouds of thick ash have made flights out of the airport impossible, authorities said on Saturday.

The closure has prevented some leaving the island’s airport, which mostly handles many tourist flights and connections to other islands in the Canaries.

Long queues formed at the terminal as flights were cancelled, and some travellers tried to get ferries off the island.

Airport operators say ash accumulation has made the airport “inoperative”, but that a clean-up operation is underway. Workers are sweeping volcanic ash from the runway.

On Friday, firefighters said they were withdrawing from the area “due to the intensification of explosive phenomena”.

No fatalities have been reported.

Some 1,000 people in Tajuya, Tacande de Abajo and Tacande de Arriba were told to evacuate on Friday due to the intensifying volcanic activity.

Spanish Prime Minister Pedro Sánchez said on Friday that the cabinet would next week declare the island a “catastrophe zone”.

The Canary Islands government has already announced a first round of financial aid for people who have lost their homes.

The volcano lies in the south of La Palma island, which is home to around 80,000 people.

It last erupted 50 years ago, in 1971. Scientists are unsure how long this eruption will last.

A spokesperson for Spain’s National Geographic Institute told the BBC that past eruptions on La Palma have lasted between 24 and 84 days.