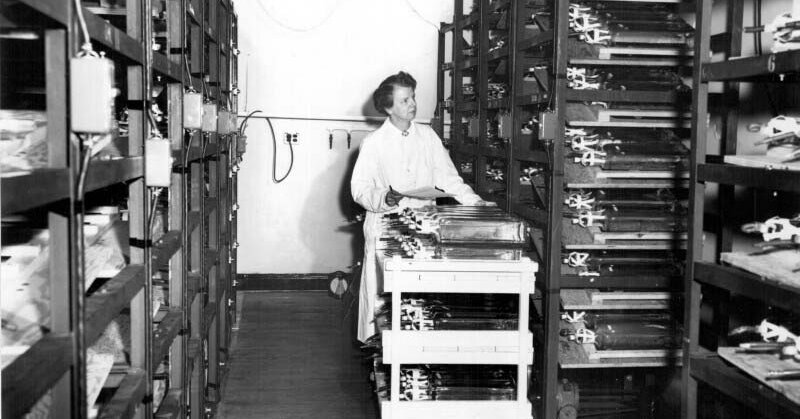 Canadians donâ€™t have to go back to 1918 and the start of the Spanish flu pandemic to find an analogy to today. For decades, waves of polio outbreaks gripped the country with fear, death and uncertainty, as recently as the 1950s.

At times, the outbreaks caused Canada to limit travel from the United States. Special hospitals were set up in some provinces to help children paralyzed by polio when physiotherapy was established. The iron lung began appearing in hospitals to assist patientsâ€™ breathing. School openings were delayed in many communities in a bid to reduce polioâ€™s spread.

Ultimately, about 50,000 Canadian children were infected with polio during four major epidemics, and 4,000 of them died.

During the 1940s and â€™50s, an era before publicly funded health care, the federal government and many provinces began pouring money and resources into efforts to eliminate polio through a vaccine.

Dr. Jonas Salk, an American, became a global celebrity for developing that vaccine. But much less well known is the critical role the Connaught Laboratories in Toronto and Dr. Leone N. Farrell, one of its researchers, played in making testing and then mass production of that vaccine a reality.

â€œWeâ€™re kind of at a similar stage with the Covid vaccines as the one where she came involved with polio,â€ Christopher Rutty, a medical historian who is an adjunct professor at the University of Torontoâ€™s Dalla Lana School of Public Health, told me this week. â€œA vaccine may work at a small scale, but upscaling is a major, different challenge.â€

Dr. Salkâ€™s breakthrough was taking the live polio vaccine and killing it with formaldehyde. When injected into people, the killed virus still produced an antibody reaction that provided immunity.

The polio virus was grown in cultures of monkey kidney cells. But Dr. Salk was initially only able to create a few grams of virus at a time in test tubes. At the time, the substance of choice for growing viruses or bacteria, Dr. Rutty said, was meat, a method that could lead to allergic reactions in patients who received the vaccines.

Connaught, however, had come up with a synthetic, liquid growth mixture, known as Medium 199, for cancer cell research that produced more virus, more quickly and without contamination. It was provided to Dr. Salk for his polio efforts.

It was Dr. Farrell, one of a very small number of women then working as research chemists in Canada, who figured out how to safely produce vast quantities of virus in Medium 199. Adapting earlier work, she developed what came to be known as the Toronto Method. Racks of specially designed machines gently rocked bottles of Method 199 and the virus.

Her next task was to get enough machines built and to hire enough qualified staff to make not only enough virus for the tests in the United States, Canada and Finland, but also to create enough vaccine to inoculate all of Canadaâ€™s children. In a bid to accelerate vaccination, the Canadian government gambled and placed an order with Connaught before knowing if the Salk vaccine would prove safe and effective in tests.

It did, with the result made public on April 12, 1955, the day before Dr. Farrellâ€™s birthday. â€œI could not help feeling that I had received a pretty fine present,â€ she said in a speech that fall.

Variations of the Toronto Method were used until the 1970s to make polio vaccines, Dr. Rutty told me. Apparently, at Dr. Farrellâ€™s request, Connaught decided not to patent the process.

Dr. Rutty, who is the expert when it comes to Canadaâ€™s role in polio research and who serves as the historian for Connaughtâ€™s successor company, Sanofi Pasteur Canada, said that frustratingly little is known about Dr. Farrellâ€™s personal life. She never married, as was the case with many other women in Canadian medical research, nor had children.

In 1941, when Dr. Farrell was inquiring about a post in naval intelligence, she seemed to try to head off any potential sexism byportraying herself as someone who could become one of the guys. â€œMy intention has always been â€˜to be a lady chemist â€” and not look like it,â€™â€ she wrote in the letter.

She added: â€œSo conscious am I of my environment and keenly aware of people in all their phases as persons that I have been charged with being a chameleon.â€

Before retiring in 1969, Dr. Farrell took on several other major projects including one that greatly increased penicillin production.

But she received relatively little public recognition in her lifetime and was buried in an unmarked grave after her death in 1986.

In 2009, Dr. Farrellâ€™s name and a tribute to her work were added to a family tombstone.

Dr. Rutty said that he hopes to do more research about her life.

â€œFarrell is a unique person,â€ he said. â€œWithout her, there really wouldnâ€™t have been a vaccine, at least not then.â€

A native of Windsor, Ontario, Ian Austen was educated in Toronto, lives in Ottawa and has reported about Canada for The New York Times for the past 16 years. Follow him on Twitter at @ianrausten.

How are we doing?

Weâ€™re eager to have your thoughts about this newsletter and events in Canada in general. Please send them to nytcanada@nytimes.com.

Forward it to your friends, and let them know they can sign up here.