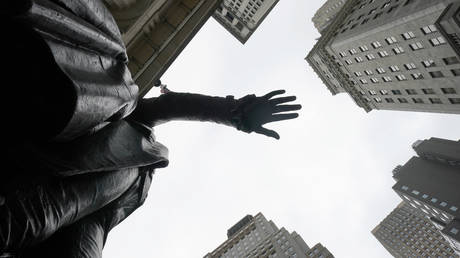 Both EV stocks and oil stocks are rising in an increasingly irrational market, but while the electric vehicle industry is quickly developing, the oil industry is maturing quickly.

Although the novel coronavirus has wreaked havoc on many sectors of the global economy, leaving double the people unemployed in the United States as compared to February of last year, a rising long-term unemployed rate, and leading to more than eight million US residents slipping under the poverty line since the summer, the stock market continues to go gangbusters. In no sector is this more true than in the domain of electric vehicles, which have been hot — crazy hot.

Tesla alone gained over 700 percent in 2020 and received an extra boost from being admitted to the S&P 500, making Elon Musk a centibillionaire and even allowing him to eclipse Jeff Bezos as the richest man on Earth for a short stint. Indeed, green energy and EV stocks have been seeing record-breaking investments as Environment, Sustainability, and Governance (ESG) investing goes mainstream, and 2021 is set to be another great year for renewables in the stock market.

Much has been made of the admittedly heavily symbolic coincidence of Tesla, an electric vehicles company that has become emblematic of a more climate-friendly future, entering the S&P 500 just a couple of months after oil giant Exxon Mobil was dropped from the Dow Jones Industrial Average Index after nearly a century in the ranks of some of the most revered and stalwart blue chip companies in the world. It all pointed to a very tidy and sellable story line: fossil fuels out, clean and green energy in. onward and upward. But the reality, of course, is never so simple.

“A roaring bull market can make even contradictory ideas true, as both electric-vehicle and fossil-fuel investors could tell you,” leading financial and investment news outlet Barron’s reported this week. “The former is trying to displace the latter, but for now, both sectors are happily coexisting in the market.”

It’s true that oil stocks are not burning quite as bright as they once were, and that EV stocks are almost too hot to handle, but it’s way too soon to count fossil fuels out. This has been proven by the oil sector’s impressive bounce-back from the brutal hit that the Covid-19 pandemic gave the sector. Less than a year ago, on April 20th, the West Texas Crude Intermediate benchmark plummeted to nearly 40 dollars below zero per barrel. They couldn’t give the stuff away. But now, as the global economy recovers and oil demand comes back, crude prices have risen to a 52-week high and European oil benchmark Brent Crude topped $60 for the first time since last year’s spectacular crash.

Also on rt.com
Tesla more than doubles sales in China despite coronavirus crisis

Around the world, campaigns to replace gas-fueled cars with EVs are picking up speed, but a sweeping transition will require a lot of technological and infrastructure advances, and these things take time. The projected time that it will take, however, keeps contracting as more investors, world leaders, and industry leaders throw their weight behind the transition.

So while oil has recovered in the markets, it’s days are numbered. Many experts contend that peak oil is already happening as we speak, while it’s impressive that oil has managed to return to acceptable levels, it’s certainly not seeing the exciting kind of growth that the energy sector is.

“The Energy Select Sector SPDR ETF is up about one percent in premarket trading and has added 12 percent year to date, far better than the S&P 500’s 3.5-percent rise,” Barron’s reports.

“So EV or oil?” the article asks. “In a market overflowing with money, the answer is yes.”

While that may be true today, it certainly won’t be true for too much longer. Whether it’s for environmental reasons or purely economic reasons or both, investors and markets are making one thing clear: fossil fuels are still relevant for now, but EV and renewables are the way of the future.