Home Economy California to ban sales of gasoline cars by 2035 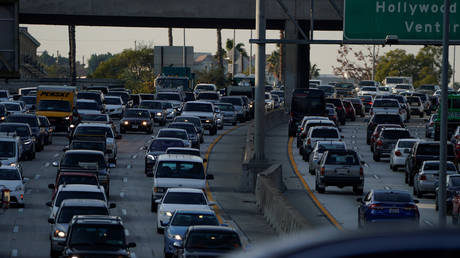 California’s Governor, Gavin Newsom, signed an executive order to ban the sales of new passenger vehicles with internal combustion engines from 2035 in the state’s latest push towards a cleaner energy future.

The Los Angeles Times reported the order has gone to the California Air Resources Board for implementation, along with stipulations that would reduce the sales of ICE trucks.

California is the biggest single car market in the States and the biggest EV market. Like other car markets, however, sales there so far this year have been stifled by the pandemic and the movement restrictions it necessitated. During the first half of the year, sales of plug-in vehicles in California fell by 17.1 percent on the year. The broader car market declined more sharply, at 26.9 percent in that period.

California has, by far, the most ambitious climate change goals in the United States. The state plans to reduce emissions from 1990 levels by 40 percent by 2030 and further to 80 percent by 2050. As part of those efforts, Governor Newsom this week also called on the state Legislature to ban hydraulic fracturing in California.

California has committed some $2.46 billion from various government agencies to encourage the switch from internal combustion engines to electric cars, according to calculations made by the San Diego Union-Tribune earlier this year. Of this, close to $1 billion is dedicated to building a charging infrastructure for the 5 million EVs that California wants to have on its roads by 2030.