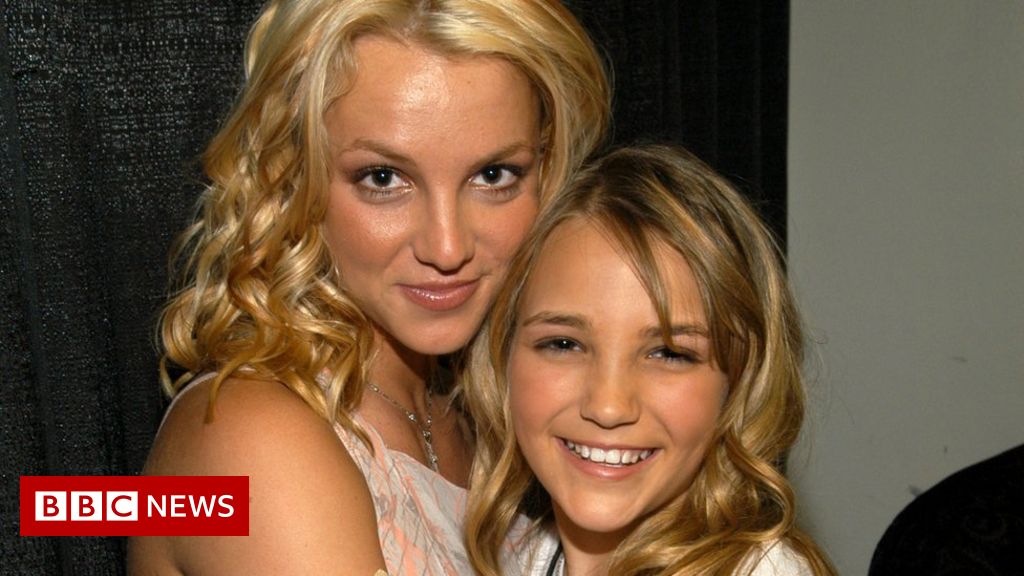 Britney Spears and her sister Jamie Lynn have become engaged in a public dispute over a recent TV interview and the pair’s past relationship.

The singer accused her younger sibling of using the interview on Wednesday to promote her new book “at my expense”.

Britney said Jamie Lynn had “never had to work for anything” and the family “love to pull me down and hurt me”.

Jamie Lynn said Britney’s statements were “absolutely not the truth” and she was “always here” for her sister.

The 30-year-old also said she had to explain to her children “why our family continues to get death threats, as a result of their aunt’s vague and accusatory posts, especially when we know she could tell the truth”.

Britney has repeatedly criticised her family for the way she was treated during a 13-year conservatorship, when her finances and lifestyle were controlled by father Jamie. The arrangement was ended by a court in November.

What did Jamie Lynn Spears say?

Britney’s sister gave an interview to ABC’s Good Morning America earlier this week to promote her memoir Things I Should Have Said.

The book reportedly details her own life story, including her young daughter’s near fatal accident in 2017, her relationship with Britney and the role she played in the singer’s controversial conservatorship.

During the interview, Jamie Lynn described herself as “my sister’s biggest supporter” and said she “took steps to help” end the conservatorship.

But according to ABC, she also describes Britney’s past behaviour in the book as “erratic”, “paranoid” and “spiralling”.

She told the programme: “When [the conservatorship] was put into place I was 17 years old, I was about to have a baby, so I didn’t understand what was happening, nor was I focused on that.”

Jamie Lynn went on to suggest her sister had approached her to ask if she “would be the person who ensured her boys got what they needed”, which she agreed to.

But, she continued: “Once I realised that, ‘you know what, she’s in a conservatorship’, I felt like I just didn’t want to be a part of [it] until maybe she was out of the conservatorship. So there was no me overseeing funds or something like that, and if that was then it’s a misunderstanding, but either way I took no steps to be a part of it.”

How did Britney respond?

Writing on Twitter, Britney said: “I looked at my phone and I see that my sister did her interview to promote her book.

“The two things that did bother me that my sister said was how my behaviour was out of control.

“She was never around me much 15 years ago at that time… so why are we even talking about that unless she wants to sell a book at my expense.”

“I know it may sound like a silly thing to most people but I wrote a lot of my songs and my sister was the baby,” the 40-year-old pop star wrote. “She never had to work for anything. Everything was always given to her.

“I always was the bigger person. They all got to do it and play me and I always sat there and took it.”

She added: “Hope your book does well Jamie Lynn.”

Where do things stand?

Jamie Lynn Spears has now responded to Britney’s response, telling her Instagram followers: “Quite frankly, the things being said are absolutely not the truth.”

She said her book is not solely about Britney, but added: “I can’t help that I was born a Spears too, and that some of my experiences involve my sister.”

Jamie Lynn, who starred in the Nickelodeon TV shows All That and Zoey 101 and has released music of her own, referred to the “unhealthy chaos that has controlled my life for so long”.

She wrote: “I’ve worked hard since before I was even a teenager, and I’ve built my career in spite of just being someone’s little sister.

“There are no sides, and I don’t want drama, but I’m speaking my truth to heal my traumas, so I can close this chapter and move forward, and I wish my sister could do the same.”

Meanwhile, The Sun has reported that Britney will sit down with Oprah Winfrey for a tell-all interview later this year.

That has not yet been confirmed, but Britney recently indicated on Twitter her desire to be interviewed by Oprah.