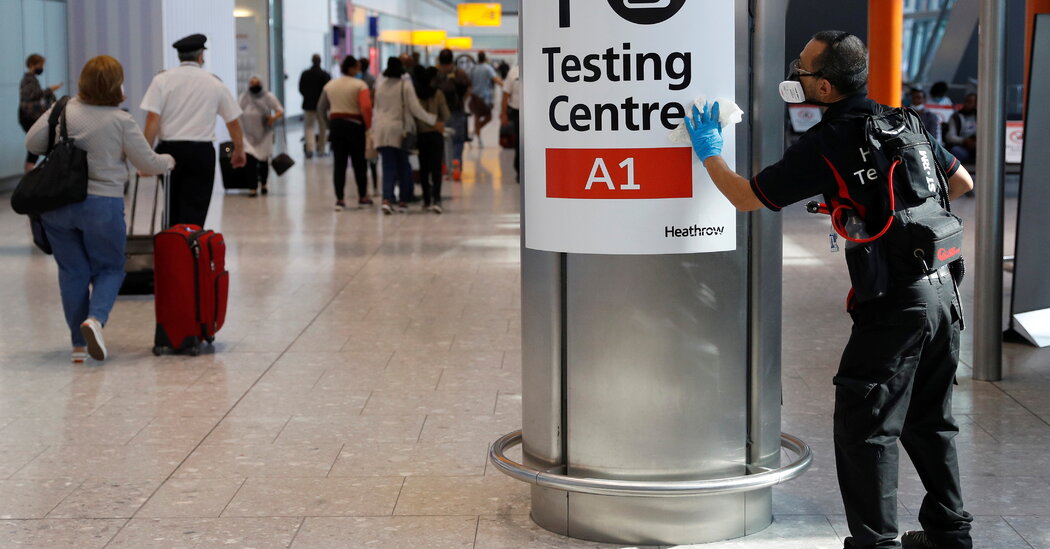 World|Britain will bar flights from six African countries as it investigates a new variant.

Britain will temporarily ban flights from six African countries starting on Friday, as the nation’s health ministry investigates a new variant of the coronavirus.

The nation’s health secretary, Sajid Javid, did not name the countries in a tweet on Thursday. Later, the government identified them as Botswana, South Africa, Namibia, Lesotho, Eswatini and Zimbabwe. The six nations will be added to the country’s red list, which would require British travelers coming from those nations to quarantine on arrival.

From noon tomorrow six African countries will be added to the red list, flights will be temporarily banned, and UK travellers must quarantine.

Earlier on Thursday, scientists in South Africa identified a concerning new variant, whose mutations evidence a “big jump in evolution.” That variant is driving a spike in new infections there.

Only weeks ago, Britain announced that it would stop requiring any travelers to quarantine in government-designated hotels, removing the last seven countries from its “red list” for coronavirus risk.

Since then, Mr. Javid said that the government would continue to reserve a number of rooms in hotels “on standby,” in case quarantine requirements needed to be reinstated.