Home Economy Bitcoin soars after Citi says it could become â€˜currency of choiceâ€™ for... 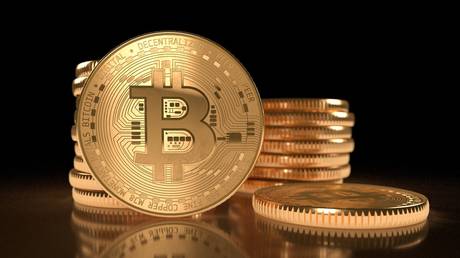 The worldâ€™s largest cryptocurrency, bitcoin, bounced back above $48,000 on Monday, following a report by Citi which suggested that the digital asset could one day become the preferred currency for international trade.

According to Citi, bitcoinâ€™s recent performance has been inspired by involvement of institutional investors in recent years, in contrast to its heavy retail investor focus for most of the past decade. With the recent embrace of the likes of Tesla and Mastercard, bitcoin could be at the start of a â€œmassive transformationâ€ into the mainstream, Citi said.

â€œThe entrance of institutional investors has sparked confidence in cryptocurrency but there are still persistent issues that could limit widespread adoption,â€Â the US investment bankâ€™s analysts wrote.Â â€œFor institutional investors, these include concerns over capital efficiency, insurance and custody, security, and ESG considerations from bitcoin mining. Security issues with cryptocurrency do occur, but when compared to traditional payments, it performs better,â€ they added.

The bank has pointed out that if businesses and individuals gain access via digital wallets to planned central bank digital cash and so-called stablecoins, then bitcoinâ€™s global reach, traceability and potential for quick payments would see it “optimally positionedâ€ toÂ become the â€œcurrency of choice for international trade.â€

Also on rt.com
Max Keiser: What if bitcoin is not the bubble, but the pin?

Such a dramatic transformation for bitcoin to the de facto currency of world trade would depend on changes in its market to allow wider institutional participation and closer oversight by financial regulators, Citi said. Still, shifts in the macro-economic environment may also make the demand for bitcoin less pressing, it added.

The recent surge in interest in bitcoin has driven the cryptocurrency to a record high of $58,354 and a $1 trillion market capitalization. The crypto, however, has since pulled back, losing around 20 percent of its value last week.

â€œBitcoinâ€™s future is thus still uncertain, but developments in the near term are likely to prove decisive as the currency balances at the tipping point of mainstream acceptance or a speculative implosion,â€ Citiâ€™s analysts said.