Home Economy Bitcoin rallies above $16,000 for first time since January 2018 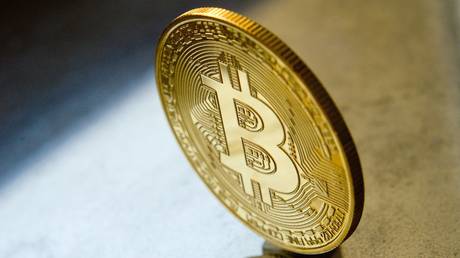 The price of the world’s top cryptocurrency, bitcoin, briefly surged to $16,157 on Thursday, hitting a high not seen since January 6, 2018. Analysts say that a number of companies appear to be warming to the digital currency.

Bitcoin was trading up two percent at $15,830 as of 12:34 GMT. It is now up 123 percent on a year-to-date basis and has gained nearly 50 percent so far this quarter, according to CoinDesk.

Analysts have attributed the price growth to the cryptocurrency having recently received validation from several public companies and prominent investors as a store of value asset.

“Against the backdrop of stimulus from the Federal Reserve, we expect investors holding cash to continue to allocate to bitcoin,” Kyle Davies, co-founder of Three Arrows Capital, told CoinDesk.

“The interest so far in 2020 has been primarily from institutions, and we could see more retail participation when bitcoin breaks its previous all-time highs of $20,000,” Davies added.

Another fintech company, Square, which is run by Twitter CEO Jack Dorsey, said in October it had bought $50 million worth of bitcoin. Square has long offered crypto services to users of its popular Cash app.

The world’s best-known and most valuable cryptocurrency, bitcoin has more than doubled in price this year, akin to its rally in late 2017 that saw it narrow in on the $20,000 mark.