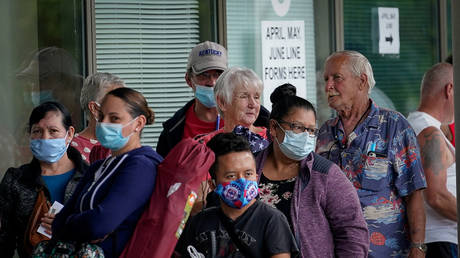 New research from the US National Association of Manufacturers (NAM) found that about one million jobs would be lost in the first two years if the corporate tax rate increased to 28% and other policies went into effect.

The study, which was conducted by Rice University economists for the NAM, calculated the impact of increasing the corporate tax rate.Â It said that global domestic product (GDP) would be down $117 billion by 2023, $190 billion in 2026, and $119 billion in 2031.

Under the plan, announced by the US Treasury Department, the corporate tax rate could be raised to 28% from the current 21%.Â The Biden administration said the increase would bring Americaâ€™s corporate tax rate more closely in line with other advanced economies and reduce inequality. It would also remain lower than it was before the 2017 Trump tax cuts, when the rate stood at 35%.

â€œThis study tells us quantitatively what manufacturers from coast to coast will tell you qualitatively: increasing the tax burden on companies in America means fewer American jobs. One million jobs would be lost in the first two years, to be exact,â€ said NAM President and CEO Jay Timmons.

The study pointed out that the 2017 tax law resulted in 263,000 new jobs in the manufacturing sector in 2018, while manufacturing wages increased by 3% in the same year and continued going up.

Aside from raising the corporate tax rate, the White House also proposed significant changes to several international tax provisions included in the Trump tax cuts. Among the biggest changes would be a doubling of the global minimum tax to 21% to force companies to pay the tax on a wider span of income across countries.

Also on rt.com
Boom Bust explores what Bidenâ€™s $2 TRILLION infrastructure plan is all about

The proposals received strong support from France and Germany, as well as the Italian prime minister Mario Draghi, who chairs the G20 this year. Draghi said he was â€œfully behind [the US] call for a global minimum corporate tax.â€

Franceâ€™s Minister of the Economy and Finance Bruno Le Maire said that â€œa global agreement on international taxation is now within reach. We must seize this historic opportunity.â€

The countries will be now working towards reaching an agreement on corporate tax reform through the Organisation for Economic Co-operation and Development (OECD) in time for a July summit of G20 finance ministers.