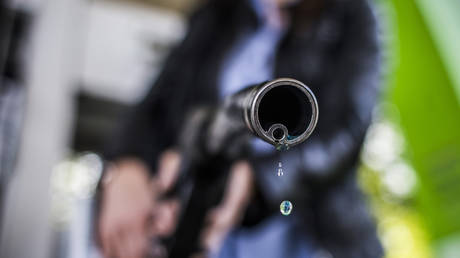 Global crude prices have continued to rally on Wednesday despite the US government’s drastic step to tap strategic oil reserves to ease the market.

US crude benchmark West Texas Intermediate was up 32 cents to $78.82 per barrel, as of 08:00 GMT. International benchmark Brent gained 27 cents and was trading at $82.58 per barrel.

On Tuesday, US President Joe Biden announced the release of 50 million barrels of crude from the country’s emergency stockpile to battle rising gasoline prices. However, the release, in reality, equals some two and a half days of average US petroleum consumption, which stood at 20.5 million barrels per day in pre-pandemic 2019, according to official data.

Four other major oil-consuming countries voiced their decisions to tap reserves in a coordinated move with Washington. India, Japan, South Korea and the UK all announced reserves releases in the near future, yet, the volume of oil they plan to sell is far smaller than even that of the US. Experts say reserves tapping would hardly be enough to ease the oil market.

“We are talking 50 million barrels coming out of the United States, potentially another 50 from our partners. That’s 100 million barrels of oil – that is one day’s worth of a global demand for crude oil,” he explained.

Schork added that oil prices could climb higher still, all the way up to $100 per barrel, as early as the first quarter of next year, especially if the winter in the Northern Hemisphere is cold. As for strategic reserves, they are intended to tackle unexpected and short-term supply disruptions, not to balance the market in the long run.