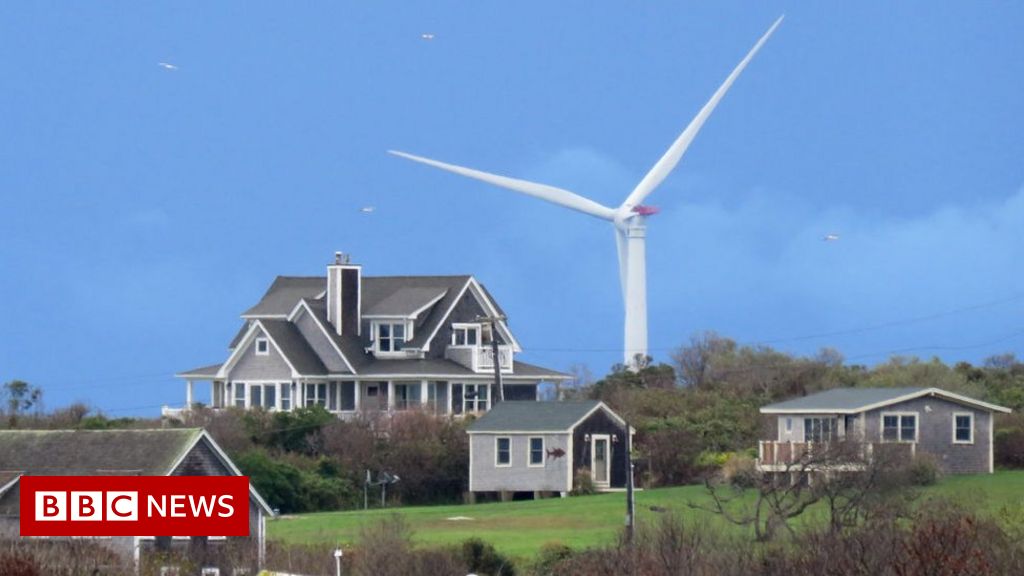 The Biden administration has unveiled plans to expand offshore wind energy in a move that could see turbines built along much of the US coastline.

Seven areas on both coasts and the Gulf of Mexico will be auctioned for wind farms in the next few years, Interior Secretary Deb Haaland said on Tuesday.

It comes as President Joe Biden pushes to reduce US fossil fuel use and expand the green energy economy.

The wind farms are part of Mr Biden’s plan to generate 30 gigawatts (gw) of offshore wind energy – enough to power 10m homes – by 2030.

That goal falls short of the 40gw that the UK is planning. China is aiming to achieve around 73gw by the same date.

The White House approved the first commercial wind farm in the US off the coast of Martha’s Vineyard in Massachusetts this summer.

“The Interior Department is laying out an ambitious road map as we advance the administration’s plans to confront climate change, create good-paying jobs, and accelerate the nation’s transition to a cleaner energy future,” said Ms Haaland.

The plan is expected to meet a backlash from some coastal and fishing communities – and it needs approval from state, local and environmental groups before any construction begins.

Potential building sites could be crossed off the list if they are found to have a negative impact on wildlife, tourism, military activities or other commercial services.

The announcement comes ahead of the United Nations Climate Change Conference – Cop26 – which is due to begin in Glasgow on 31 October.

The world has already warmed by about 1.2C since the industrial era began, and temperatures will keep rising unless governments around the world make steep cuts to emissions.

In a related announcement, the Department of Energy said it would increase research into any harmful affects that wind turbines could have on wildlife.

“In order for Americans living in coastal areas to see the benefits of offshore wind, we must ensure that it’s done with care for the surrounding ecosystem,″ said Energy Secretary Jennifer Granholm.