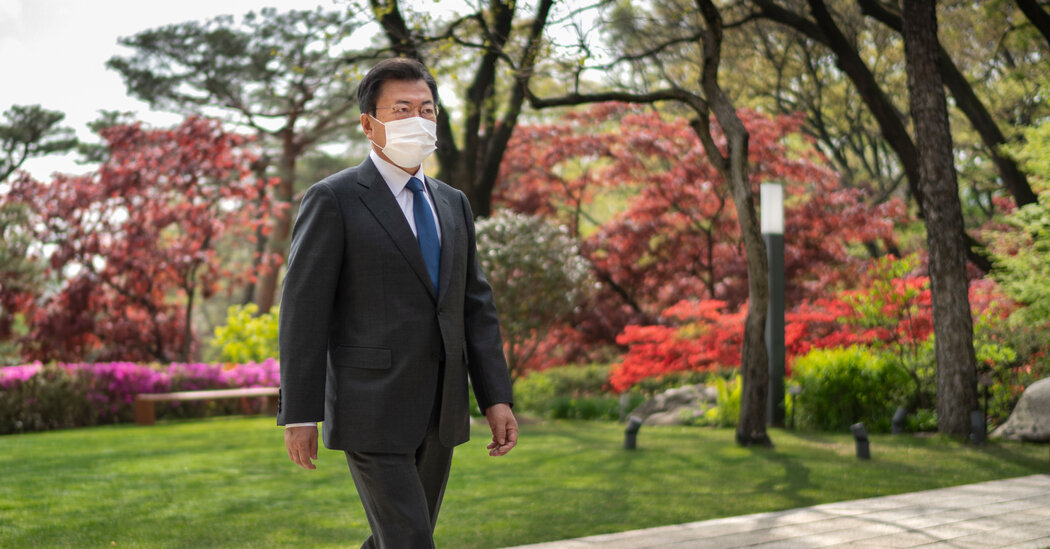 President Biden will meet with President Moon Jae-in of South Korea in Washington on May 21, the White House announced on Thursday.

â€œPresident Moonâ€™s visit will highlight the ironclad alliance between the United States and the Republic of Korea, and the broad and deep ties between our governments, people, and economies,â€ Jen Psaki, the White House press secretary, said in a statement. â€œPresident Biden looks forward to working with President Moon to further strengthen our alliance and expand our close cooperation.â€

In an interview with The New York Times published last week, Mr. Moon urged Mr. Biden to sit down with North Korea and kick-start negotiations, calling denuclearization a â€œmatter of survivalâ€ for South Korea.

â€œHe beat around the bush and failed to pull it through,â€ Mr. Moon said of Mr. Trumpâ€™s efforts on North Korea. â€œThe most important starting point for both governments is to have the will for dialogue and to sit down face to face at an early date.â€

He also called for the United States to cooperate with China on North Korea and other global issues, like climate change. Deteriorating relations between the two countries could threaten negotiations over denuclearization, he warned.

Mr. Biden met with Prime Minister Yoshihide Suga of Japan at the White House on April 16, marking the first in-person visit of a foreign leader during his presidency.