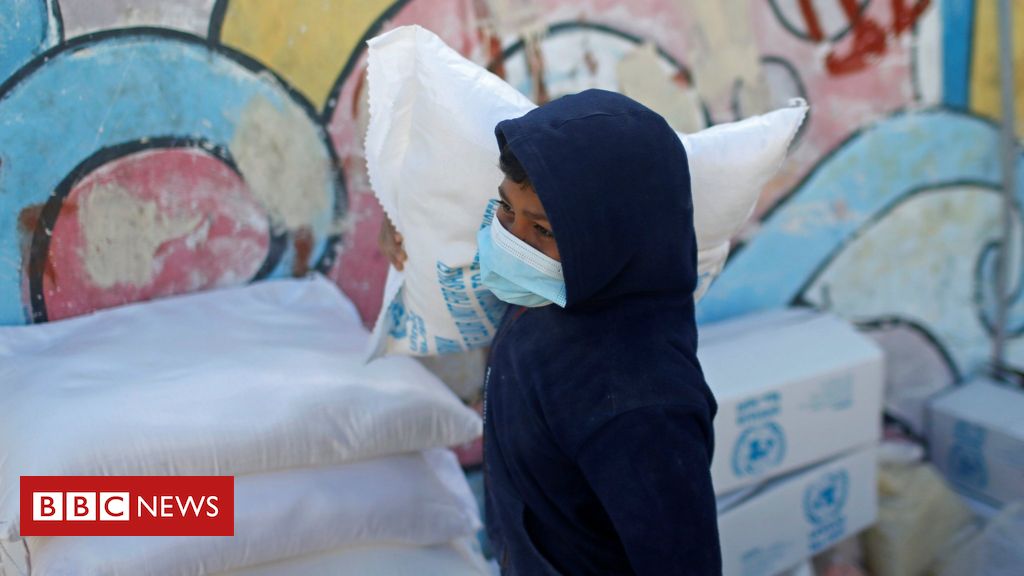 US President Joe Biden’s administration plans to provide $235m (£171m) of aid to Palestinians, restoring part of the assistance cut by Donald Trump.

Two-thirds will go to the UN’s agency for Palestinian refugees, Unrwa, which has suffered a financial crisis since it lost $360m of US funding in 2018.

Mr Biden wants to “restore credible engagement” by the Palestinians in long-stalled peace talks with Israel.

They rejected a peace plan he unveiled last year that envisaged recognising Israeli sovereignty over Jewish settlements in the occupied West Bank and the Jordan Valley, and Jerusalem remaining Israel’s “undivided capital”.

Israel occupied the West Bank and East Jerusalem in the 1967 Middle East war. Most of the international community considers the settlements illegal under international law, though Israel disputes this.

Who will receive the aid?

Secretary of State Antony Blinken said the US plans included $75m in economic and development assistance in the West Bank and Gaza, $10m for peacebuilding programmes through the US Agency for International Development (USAid), and $150m in humanitarian assistance for the UN Relief and Works Agency for Palestine Refugees (Unrwa).

The US will also resume security assistance programmes with the Palestinians.

The funding is in addition to the $15m in assistance to address the impact of the Covid-19 pandemic and food insecurity in the West Bank and Gaza that the US announced last month.

“US foreign assistance for the Palestinian people serves important US interests and values,” Mr Blinken said. “It provides critical relief to those in great need, fosters economic development, and supports Israeli-Palestinian understanding, security co-ordination and stability. It also aligns with the values and interests of our allies and partners.

“The United States is committed to advancing prosperity, security, and freedom for both Israelis and Palestinians in tangible ways in the immediate term, which is important in its own right, but also as a means to advance towards a negotiated two-state solution.”

Unrwa Commissioner General Philippe Lazzarini said the agency “could not be more pleased that once again we will partner with the United States to provide critical assistance to some of the most vulnerable refugees across the Middle East”.

Israel’s foreign ministry said its position was that Unrwa “in its current form perpetuates the conflict and does not contribute to its resolution”. The renewal of US aid “should be accompanied by substantial and necessary changes in the nature, goals and conduct of the organisation”, it added.

This news has come as a huge relief to Palestinians. Their economy is propped up by international donors and was left reeling by the dramatic cuts of the Trump administration.

Many saw them as an attempt to push Palestinian leaders into peace talks with Israel on terms that they considered to be heavily biased against them.

At Qalandia refugee camp in the occupied West Bank, Hassan Abu al-Eish, 85, said he had felt the effect of the cuts in aid and was left unable to afford the basics. “When Trump arrived, he stopped all the Unrwa funds and closed all the doors on us,” he commented.

The hope now is that President Biden will reverse other parts of the Trump administration’s Middle East policy.

But steps to resurrect negotiations for a two-state solution appear unlikely until the impact of Israel’s latest inconclusive general election becomes clearer and after Palestinian elections due in the coming months.

What does Unrwa do?

The agency was originally set up to take care of hundreds of thousands of Palestinians displaced by the 1948 Arab-Israeli war.

It says it now supports some 5.7 million registered refugees in Gaza, the West Bank, Jordan, Syria and Lebanon, including by providing them with healthcare, education and social services.

But in 2018, the Trump administration said it was ending all support for Unrwa, calling it “irredeemably flawed”. The agency strongly rejected the accusation.

Other donors increased their contributions in response, but the budget that supports the delivery of essential services was still left with a huge shortfall.

Unrwa’s director of operations in the West Bank, Gwyn Lewis, told the BBC it had been “a tough few years”, with the agency forced to make reductions to its programmes. It had to delay paying the salaries of its staff at the end of last year because of the shortfall.

“[The US announcement is] going to reassure a lot of the community and our staff, but it doesn’t mean that we’re on a financially safe ground as yet,” she said. “And so we’re really hoping that this US support will be a signal for other countries to renew their funding.”