Home Economy Beijing edges out NYC as home to most billionaires â€“ Forbes 2021... 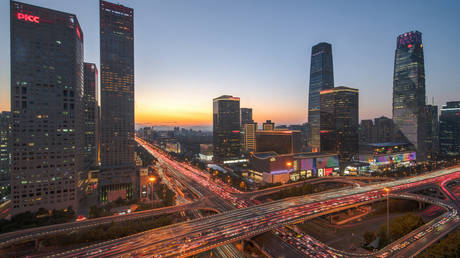 For the first time ever, the Chinese capital has become the new billionaire center of the world. Beijing gained 33 new billionaires in 2020, bringing its total to 100 and narrowly beating New York Cityâ€™s 99, according to Forbes.

The annual World’s Billionaires List for 2021 showed that the Big Apple added only seven new billionaires in the same time span.

â€œChina bounced back quickly from its pandemic woes, skyrocketing from No. 4 to No. 1 on our annual list,â€ said the report.

Overall, five Chinese cities ranked among the top 10 globally with the most billionaires. Hong Kong was in third place with 80 billionaires, Shenzhen in fifth with 68, and Shanghai in sixth place with 64. Hangzhou added 21 billionaires, enough to overtake Singapore for the No. 10 spot.

The UK capital, London, also counted seven more billionaire residents, even though it dropped from the fifth spot to the seventh as â€œthe most popular home for ten-figure fortunes.â€ Rounding out the top 10, Moscow slipped from third place to fourth, while Mumbai and San Francisco â€“ each home to 48 billionaires â€“ tied at No. 8.

The world’s ultra-wealthy got even richer last year despite the Covid-19 pandemic and economic recessions, said the report. Globally, 660 people became new billionaires, bringing the world total to 2,755 billionaires worth a collective $13.1 trillion, per Forbes.