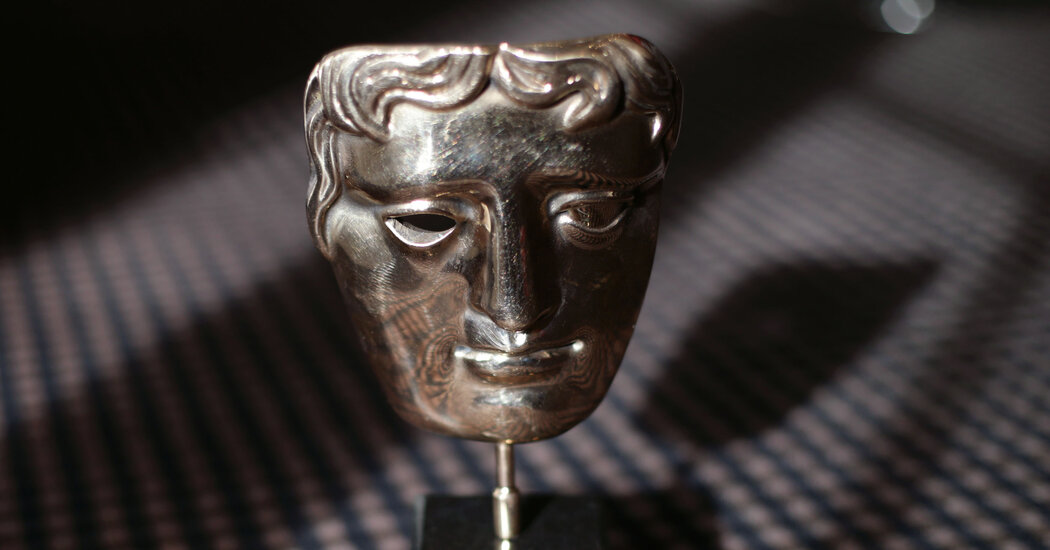 LONDON — The world’s major movie awards are trying to put a stop to the all-white, all-male shortlists their voting members frequently draw up.

Earlier this year, the Academy of Motion Picture Arts and Sciences, which organizes the Oscars, once again widened its membership to bring in more people of color. Earlier this month, it also introduced diversity criteria for nominated films in some categories, following the lead of the BAFTAs, Britain’s major film awards.

Now, the British Academy of Film and Television Arts (BAFTA), which organizes the awards, has announced it is going further.

Starting with the awards in 2021, all 6,700 voting members of BAFTA will have to undergo unconscious bias training before casting any ballots.

In each category, their initial votes will create a longlist (a first for the awards). Members will then have to watch all the longlisted titles before they can vote in the next round, which determines the nominees. The nominees then go to a final vote, and again, voters will have to watch all the films via an online portal (which will come in for 2022 and guarantee viewing) if they want a say. The new rule is aimed at increasing the diversity of the films considered: Time-strapped voters might otherwise just focus on the most-hyped titles.

BAFTA also announced more specific interventions for some categories of the awards. For best director, for example, half of the spots on the 20-person longlist will go to women. For the acting prizes, the longlist will be selected by a hybrid of member votes and jury selection, before the nominees and the winner are determined by the membership in the following rounds.

Another major change is that a studio will only be able to nominate an actor for a lead or supporting award, not both categories, as previously allowed. Actors will also only be allowed to be longlisted once in each acting category to prevent a recurrence of this year’s events, when Margot Robbie was nominated twice for the best supporting actress award, and no people of color were.

BAFTA also said it plans to increase its membership by 1,000, with goals for underrepresented groups, but a spokeswoman declined to give further details.

“This is a watershed moment,” Krishnendu Majumdar, BAFTA’s chair, said on Thursday, in a news release announcing the changes. “This creative renewal is not just about changes to the awards,” he added. “This is a reappraisal of our values.”

The British film awards, like the Oscars, have been repeatedly denounced for their lack of diversity. In 2016, there was a demonstration outside the award ceremony when only one Black actor, Idris Elba, was nominated in the four acting categories. This year, there were no people of color nominated for best actor or best actress, and no women for best director. The resulting furor dominated headlines around the awards and even the ceremony itself.

“I think that we send a very clear message to people of color that you’re not welcome here,” Joaquin Phoenix said, when accepting his best actor award for his performance in “Joker” at the ceremony.

Clive Nwonka, a researcher at the London School of Economics who studies race in Britain’s film industry, said in a telephone interview that many of BAFTA’s changes were needed, but representation onscreen and in crews wasn’t something BAFTA could control. Film studios and funding bodies needed to push more diversity, he said. “What BAFTA’s proposing only works for the agenda of a much more diverse film industry if the production side is also working,” he said.

Marc Samuelson, the chair of BAFTA’s film committee, said in a Zoom interview that the changes would not eliminate the possibility of voters choosing all-white, or all-male shortlists.

The most significant changes, he said, were the new longlist rule and the requirement that members watch all the nominated films in any category they vote on. Those updates should increase the range of films viewed. “You often hear people say afterward, ‘Oh, I hadn’t had time to watch that, but it was really good and I’d probably have voted for it,’” Samuelson said.

According to Freuds, BAFTA’s public relations agency, voting members will have to watch the movies through the portal, on a website, which will keep records of their viewing to make sure they meet the requirements.

BAFTA said in a news release that the unconscious bias training — which it is calling “conscious voter training” — will “help voters navigate and recognize the wider societal influences that can impact the voting process.”

But he would not comment on whether the Academy Awards should adopt similar measures to those BAFTA announced Thursday. “I don’t think it’s for us to say anything to them,” he said. “BAFTA’s got to clear up its side of the street. I really hope this is a good start.”