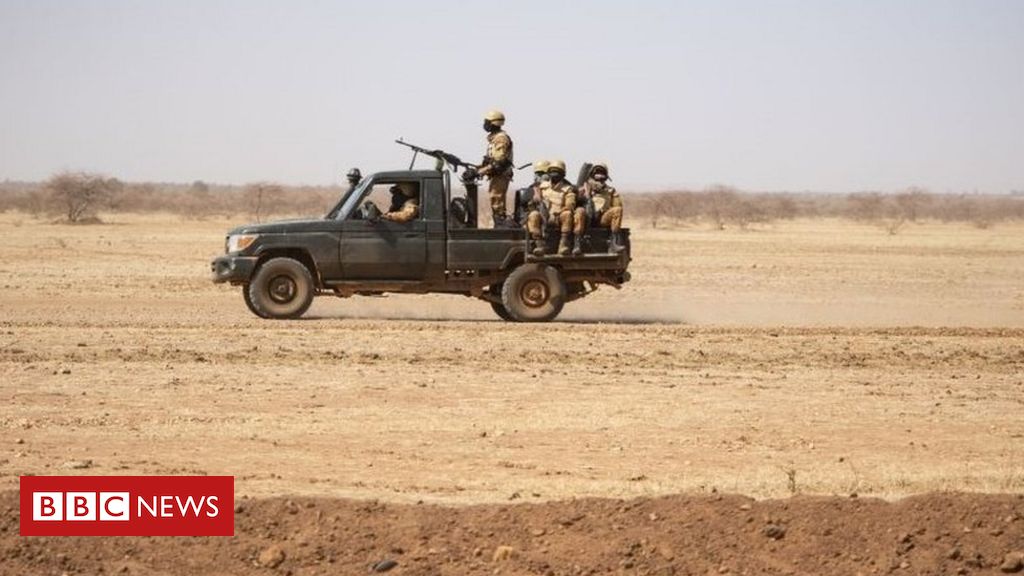 Suspected jihadists have killed around 30 people in eastern Burkina Faso, security sources in the country said.

A large group of armed men attacked the village of Kodyel in Komandjari province early on Monday morning, a local official said.

If estimates of the number killed are correct it would make the attack one of the deadliest ever in Burkina Faso.

Islamist attacks are increasingly common in the country, especially in regions bordering Niger and Mali.

The massacre comes just a week after two Spanish journalists and an Irish national, who were part of an anti-poaching patrol, were killed in the West African country.

Around 20 people were reportedly injured in Monday’s attack.

“It happened early this morning when some people were still in their homes,” an official from a local self-defence group told AFP news agency.

“Dozens of men burst into the village and set houses on fire, while others stood watch and shot at people indiscriminately.”

Another militia member estimated “around 30 dead, men and women”, adding that “the toll remains provisional, because everyone fled the village”.

Militants reportedly targeted the village, whose residents were mainly from the Gurma community, because residents had joined the militia.

The West African country is facing a deepening security crisis, like many of its neighbours, as Islamist armed groups carry out raids and kidnappings across much of the region.

The semi-arid region, known as the Sahel, has been hit by an insurgency since the militants captured large parts of northern Mali in 2012 and 2013.

France and other foreign allies have deployed troops to the region but have failed to end the insurgency.

More on the Sahel crisis: