Home World Argentina: Can one country's change of abortion law alter a continent? 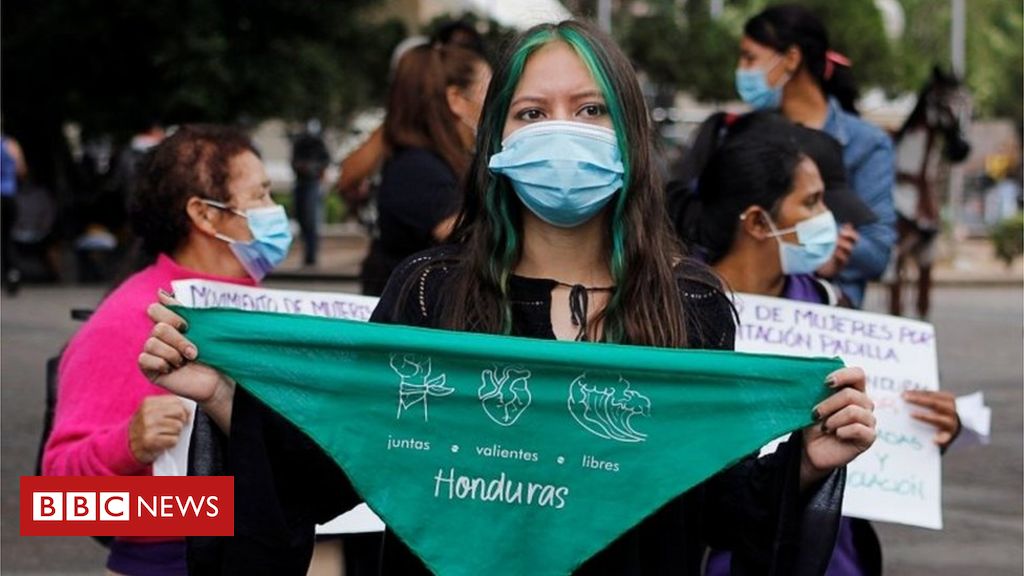 When Argentina’s Congress voted to legalise abortion up to the 14th week of pregnancy, Renata (not her real name) felt excited.

“How cool,” the 20-year-old from northern Brazil remembers thinking in late December. A student and supermarket worker, Renata saw it as the start of something new in a region where abortion is mostly illegal.

But she thought little more of it until a week later, when she found out she was pregnant herself. Then, she says, her world collapsed.

“Under no circumstances could I be pregnant,” she told me, explaining that in the city where she lives, jobs are impossible to come by – all the more so because of the pandemic. And she knew she would have been furloughed on lower pay if she told her employer.

“Everything has to be right to bring a child into this world,” she explains, adding that after having seen her mother bring up two children alone she never wanted to have to go through that herself.

But few options were open to her.

Abortion is banned in Brazil unless the pregnancy is a result of rape, the mother’s life is in danger or if the fetus is anencephalic, a rare condition that prevents part of the brain and skull from developing.

So Renata decided she would travel to Colombia where – although restrictions are similar to those in Brazil – interpretation of the law is broader and so it is easier to access legal abortions.

She had even borrowed money to pay for the flight, which was going to be her first trip abroad ever. But then, Colombia banned incoming flights from Brazil because of a new Covid-19 variant detected in the Amazon. “I started to cry,” Renata recalls. “It was my last hope, I was inconsolable.”

Now, through the help of a charity called Miles for the Lives of Women, whereby people donate airmiles to help women access safe abortions abroad, Renata is travelling to Mexico City, where abortions during the first 12 weeks of pregnancy are legal.

“It’s the best decision for me,” she says, unwavering.

In Brazil alone, an estimated one million women access clandestine abortions every year. The only places where abortions are currently legal in Latin America are Uruguay, Cuba, Guyana and parts of Mexico. And now, of course, Argentina.

Many pro-choice activists hope that the change in law in Argentina will put pressure on other countries to follow suit.

In Argentina, those who supported the National Campaign for the Right to Legal, Safe and Free Abortion wore a green bandana.

It is a symbol that has since been taken up by many other activists in the region and which has come to represent the peaceful resistance by a growing women’s rights movement which argues that society needs to change.

More about abortion in Latin America

Debora Diniz, a professor of anthropology at the University of Brasília, says that it is unusual for a symbol to spread to other countries in this way.

“It was a colonised region, looking much more to the global north. And now we’re looking to each other. Even a country that understands itself as a continent, like Brazil, is using the green scarf to represent women’s causes.”

Conservatism and the church

But Latin America is deeply divided. It is a region where religion and conservatism reign.

So it is not a straightforward path.

“When the law passed in Argentina, people in Honduras started talking about whether it [the pressure to legalise abortion] would spread in the region, and that probably in Honduras, it [legalisation of abortion] could happen too,” says Álvaro Hernández of Ola Celeste (Blue Wave), an anti-abortion group that backed the change to the constitution.

“Here in Honduras, there are a lot of cultural issues. Honduras is a Christian country and abortion hasn’t been a topic of debate here,” he says. And while the church may be very influential in Honduras, groups of women still took to the streets to protest against the abortion ban.

In Argentina, many credited centre-left President Alberto Fernández for helping to push through the legalisation of abortion.

“I don’t think it’s going to be that easy to legalise [abortion in Brazil],” says Celene Salomão, who has campaigned vociferously for the São Paulo chapter of 40 Days for Life, an international religious anti-abortion campaign.

Ms Salomão says that senators in Argentina came under a lot of pressure from left-wing groups to legalise abortion. But she thinks that President Bolsonaro will stand firm in the knowledge that he has the backing of religious groups.

“A lot of Brazilians are Christians, not only Catholics but other denominations too – and we are all against.”

In Chile, right-wing President Sebastian Piñera has also made it clear that he opposes a change in the law, even though in January – in the wake of Argentina’s decision – Chile’s Congress started debating decriminalising abortion in the first 14 weeks of pregnancy.

One of the issues that unites pro-choice activists is the argument for safe access to abortions. They say the discussion should not be about support for, or opposition to, abortion but instead focus on women’s health.

They argue that women will have abortions whether they are legal or not, so allowing them legal access to terminations will be safer and cut down then number of women who die as a result of clandestine abortions.

Dr Karla Figueroa says that since abortion was decriminalised in Mexico City, no woman has died from having a termination. “That’s the most important thing in terms of public health,” the doctor at GineClinic says.

And it is a message spreading across the region.

“The life and health of women angle is very much present in the discussion in Colombia,” says Mariana Ardila, managing attorney at Women’s Link Worldwide.

She is campaigning to remove the criminal element to abortion, to ensure that the women who have abortions and the medical teams carrying them out, are not prosecuted.

“Criminal law is actually the worst instrument, and it has a lot of consequences on imposing stigma and creating fear among healthcare personnel,” she says.

Pro-choice activists in the region say the legalisation of abortion in Argentina has galvanised their fight.

“I hope it serves as a watershed moment,” says Dr Karla Figueroa in Mexico City.

For Debora Diniz, too, it provides further motivation. “In Brazil, we have some of the most active and vibrant black feminists in the region,” she says. “It’s a diverse feminism, and maybe something will come from it.”