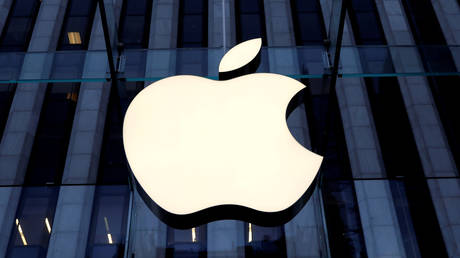 China’s artificial intelligence company Shanghai Zhizhen Intelligent Network Technology, which is also known as Xiao-i, has filed a lawsuit against US tech giant Apple, alleging it has infringed on its patents.

Xiao-i filed the lawsuit in a Shanghai court, asking for 10 billion yuan ($1.43 billion) in damages and demanding that Apple cease “manufacturing, using, promising to sell, selling, and importing” products that infringe on the patent. The Chinese firm has argued that Apple’s voice-recognition technology Siri infringes on a patent it applied for in 2004 and was granted in 2009.

The row between the two firms has been ongoing for nearly a decade. Shanghai Zhizhen first sued Apple for patent infringement in 2012 regarding its voice recognition technology.

Also on rt.com
Trump will act on TikTok and other Chinese software companies ‘in the coming days’ – Pompeo

Last month, China’s Supreme People’s Court ruled that the patent was valid. If Xiao-i wins in court, Apple could face a ban on selling many of its products in China, which is its most important market outside the United States.

The world’s two economic superpowers, the US and China, are currently engaged in an escalating trade war over a broad array of issues, with Washington accusing Beijing of unfair economic practices that threaten its national security.