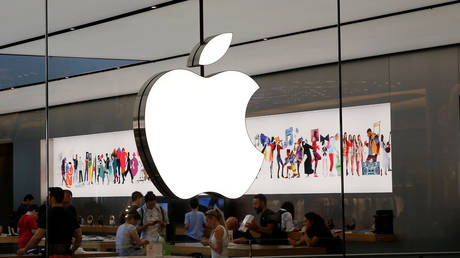 US tech giant Apple has suspended sales of its products through its official online store in Turkey, saying prices need revising after a sharp drop in the Turkish currency.

According to Haberturk TV, the company’s Turkish website does not allow users to add products to the cart, with all items carrying a sign “temporarily unavailable.”

The company is expected to raise prices to offset the decline in its products’ value due to the fall in the Turkish lira, which plunged to a record low of 13.5 lira per dollar on Tuesday.

As the selling price of Apple products in Turkey includes several taxes and fees, they tend to cost significantly higher than in the United States. However, after the lira dropped some 15%, the situation reversed, which led Apple to halt all sales until it fixes the prices.

The Turkish currency clawed back some of its losses on Wednesday, climbing to 12.6 lira per dollar by 09:19 GMT, marking a 0.8% gain over the previous day’s close. Still, its losses against the greenback stand at 40% this year, with a 19% drop in the past ten days alone.