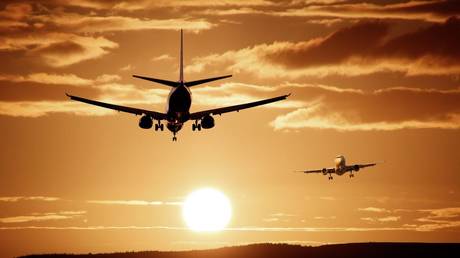 ACI Europe airports association warns that 193 airports are at risk of insolvency in the coming months if passenger traffic does not start to recover from the coronavirus shock.

These air hubs facilitate 277,000 jobs and account for €12.4 billion ($14.7 billion) of European GDP, the organization said in a statement on Tuesday.

While the airports facing insolvency are mainly smaller regional hubs, their closure may have a ripple effect on economies and lead to “the collapse of a significant part” of the European air transport system, according to Airports Council International Europe (ACI).

Also on rt.com
Over half of Europe’s smaller firms may be bankrupt within a year – McKinsey poll

Larger airports are not immune to the impact of the coronavirus pandemic, which pushed passenger traffic down by 73 percent in September alone. European airports received 172.5 million less passengers last month, bringing the total volume of lost travelers for the year to 1.29 billion.

The top 20 European airports added €16 billion ($18.91 billion) of debt during the crisis. This amounts to nearly 60 percent of their revenues generated in a normal year, according to ACI.

Also on rt.com
Covid-19 could wipe out more than 100 million jobs & over $1 trillion from global tourism industry

“The figures published today paint a dramatically bleak picture. 8 months into the crisis, all of Europe’s airports are burning through cash to remain open, with revenues far from covering the costs of operations, let alone capital costs,” Olivier Jankovec, the director general of ACI Europe, said.

ACI called on governments to provide more support for the troubled sector, and said the re-imposition of quarantines rather than testing does not do any good, and is only “bringing Europe’s airports closer to the brink with every day that passes.”