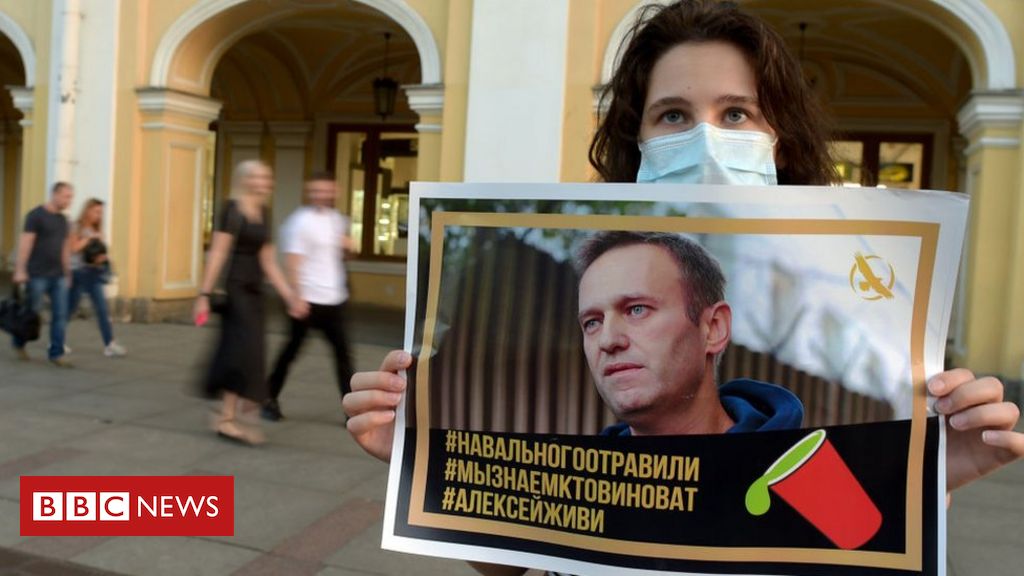 Russian opposition figure Alexei Navalny has had his bank accounts frozen and flat seized after a court order, his spokeswoman says.

A day earlier he was discharged from a hospital where he was being treated for Novichok nerve agent poisoning.

“They seized the assets and the apartment of a person who was in a coma,” Kira Yarmysh said.

His team accuses President Vladimir Putin of ordering the poisoning, something the Kremlin strongly denies.

The leading opposition figure and vocal critic of Mr Putin collapsed on a flight in Siberia on 20 August, and was later transferred to the Charité hospital in the German capital Berlin for treatment.

Germany’s government said laboratories in France and Sweden had reconfirmed German tests showing that the poison used on Mr Navalny was a Novichok agent, and numerous governments have demanded an explanation. The Kremlin however has said there is no proof of that.

After his discharge on Wednesday, Kremlin spokesman Dmitry Peskov said Mr Navalny was “free” to return to Moscow “at any moment”, and wished him “a speedy recovery”.

Why have his assets been seized?

Ms Yarmysh said officials had seized the opposition activist’s assets on 27 August, including his three-bedroom apartment in the southeast of the Russian capital Moscow.

“It means the flat cannot be sold, donated or mortgaged,” Ms Yarmysh said in a video posted on Twitter.

Mr Navalny, his Anti-Corruption Foundation (FBK) and an associate made a video questioning the quality of their products after a food poisoning outbreak in Moscow’s schools in 2018.

On Wednesday Mr Prigozhin released a statement saying that if Mr Navalny “goes to meet his maker, then I personally do not intend to pursue him in this world.”

What’s the latest on Mr Navalny?

Mr Navalny was discharged from the hospital after 32 days, 24 of which were spent in intensive care.

“Based on the patient’s progress and current condition, the treating physicians believe that complete recovery is possible,” a hospital statement said. “However, it remains too early to gauge the potential long-term effects of his severe poisoning.”

After he came out of his medically-induced coma, Mr Navalny’s team announced that he planned to return to Russia. Ms Yarmysh said “no other options were ever considered”.

However, she said on Wednesday he would for the moment remain in Germany “because his treatment is not over”.

Mr Navalny posted a picture of himself online standing unaided, with a message saying doctors had given him every chance of a full recovery.

“Further recovery does not require in-patient care, but a normal life,” he wrote. “Walking, spending time with my family. Immersing myself in a daily routine.

“My plans are simple: [go to] the physiotherapist every day,” he said. “Possibly a rehabilitation centre. Stand on one leg. Regain complete control over my fingers. Maintain my balance.”