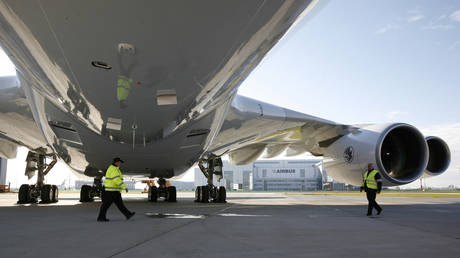 The head of European plane maker Airbus, Guillaume Fauryhas, has told staff that compulsory redundancies may be imposed as the air travel industry fails to recover as quickly as expected from the Covid-19 crisis.

“I owe it to you to be transparent: it’s unlikely that voluntary departures will be enough,” Faury wrote in a letter to the company’s 130,000 staff.

In the correspondence seen by Reuters, he added: “Unfortunately, the recovery in airline traffic over the summer period has not been at the level the industry was counting on. We must now prepare for a crisis that will probably be even deeper and longer than the previous scenarios suggested.”

In July, the French government, which owns a stake in Airbus, urged the company to minimize forced layoffs after it announced plans to slash 15,000 jobs to cope with plummeting travel demand. France could be the second-worst affected country by Airbus’ decision after Germany, with as many as 5,000 people set to lose their jobs.

Also on rt.com
France urges Airbus to fire ‘as few’ workers as possible as 15,000 cuts loom

The European aviation giant had earlier announced that redundancies were necessary for its survival, as the pandemic triggered the “gravest crisis” in its history. The layoffs, which amount to 15 percent of its global workforce of 130,000, are set to be implemented within a year.