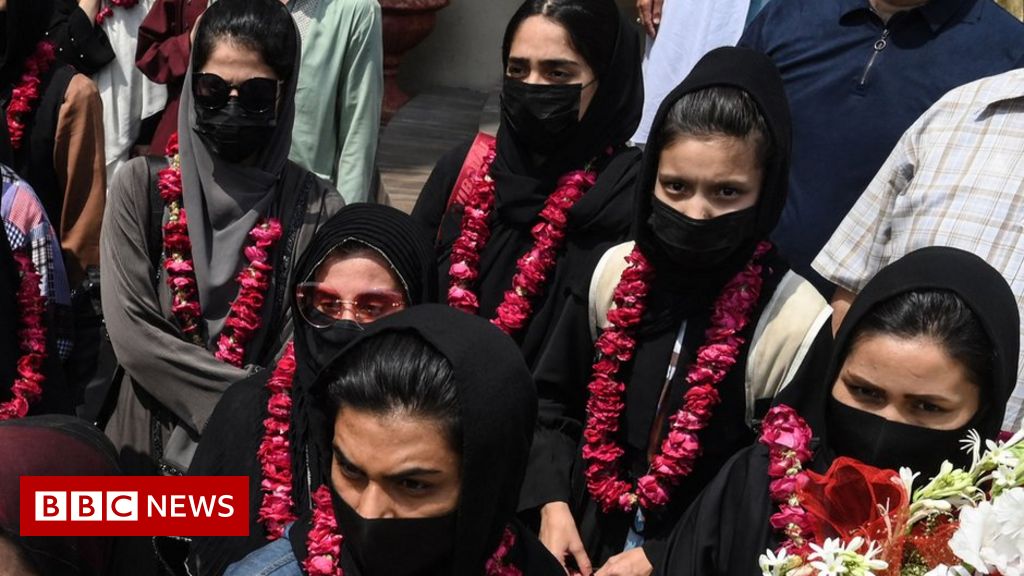 The girls had spent the past month in hiding amid fears of a crackdown on women’s rights by the Taliban.

Members of the women’s side flew out of Kabul last month but the youth team were reportedly left stranded as they lacked passports and other documents.

Thirty-two players and their families won visas after the charity “Football for Peace” lobbied Pakistan.

An official with Pakistan’s Football Federation said the group, totalling 81 people, would be housed at the federation’s headquarters in the eastern city of Lahore. A further 34 people will arrive on Thursday he said.

The players will remain in Pakistan under tight security for 30 days before applying for asylum in third countries, the official said.

The Independent recently revealed that the players had written to Pakistan’s Prime Minister Imran Khan to ask for permission to urgently enter the country.

The letter claimed that the girls were at risk of “grave threats” from the Taliban.

After the fall of Kabul a month ago, players were warned by the national team’s former captain, Khalida Popal, to delete pictures of themselves playing on social media and to burn their kits to protect themselves from potential reprisals from the new regime.

Last week the deputy head of the Taliban’s cultural commission, Ahmadullah Wasiq, cast doubt over the future of women’s sport in the country when he said it was considered neither appropriate nor necessary in response to a question about the fate of the women’s cricket team.

“In cricket, they might face a situation where their face and body will not be covered. Islam does not allow women to be seen like this,” Wasiq said.

“It is the media era, and there will be photos and videos, and then people watch it. Islam and the Islamic Emirate [Afghanistan] do not allow women to play cricket or play the kind of sports where they get exposed.”

Women were barred from participating in sports during the Taliban’s last spell in power from 1996-2001.

Their departure is part of a wider exodus of Afghan sports and cultural stars amid fears of a crackdown on women’s rights following the takeover of the country by the Taliban after foreign forces withdrew.

As well as the departure of the women’s football teams, the country’s biggest pop singer Aryana Sayeed and the famed film director Sahraa Karimi both left during the evacuation last month.