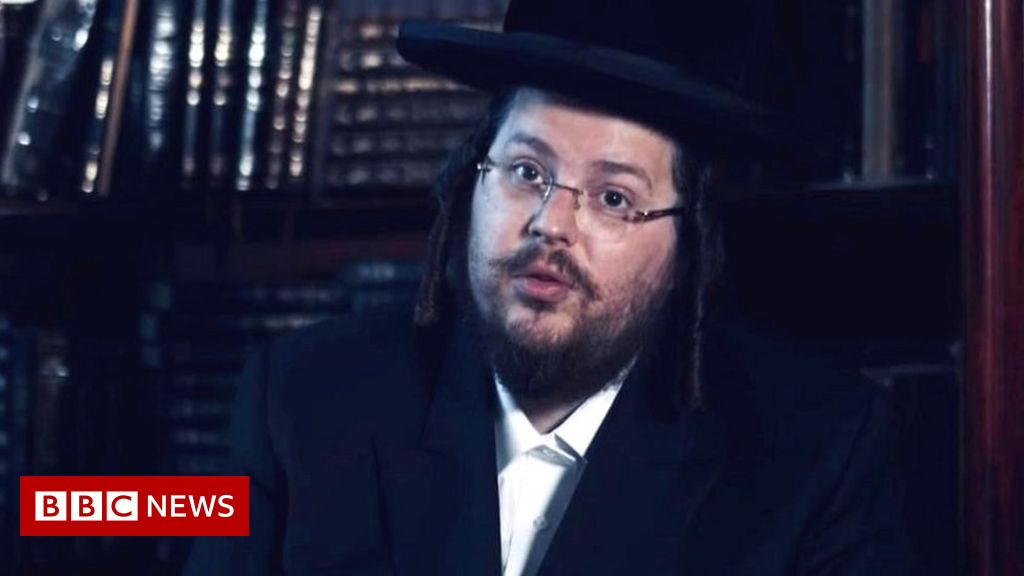 It was the story of four children hiding from the Taliban in an apartment in Afghanistan’s capital Kabul that made a rabbi thousands of miles away in Brooklyn, New York, pick up his phone and make a crucial call.

Days earlier, Afghans gathered in large crowds at the gates to Kabul airport desperate to leave the country after the takeover by the Taliban on 15 August.

“I thought about those four kids, all younger than 18, I thought ‘who knows if they are still alive, I have to try to reach them’,” Rabbi Moshe Margaretten, 41, tells the BBC.

After learning that their mother had left Afghanistan for the US years earlier following her husband’s sudden disappearance – leaving the children behind with relatives – he tracked down the attorney representing the family.

“I told her, believe it or not, I think I can help those children get to the airport.”

Why doing nothing was not an option

Rabbi Margaretten’s mission to reunite the four children with their mother in the US was something he says he was desperate to achieve quickly.

Through his organisation – the Tzedek Association – and a network of people based in the region, he set about putting the wheels in motion.

“We got our people on the ground to take care of the children and an hour later they were inside the airport,” he says, adding that within a few hours they were in the air on their way to Qatar, before finally reaching their destination of Albany in the US state of New York.

He says he became very emotional when he met the family as they were reunited.

The rabbi’s association says it has now assisted dozens of activists, judges, and others who either worked with the former Afghan government or as interpreters for British and US forces in the country.

“Why is an Orthodox Jewish rabbi from Brooklyn helping Muslims in Afghanistan? The answer is very simple,” he says, “my parents and grandparents are all Holocaust survivors”.

The rabbi, whose grandparents are from Hungary, says the horror his family faced when the Nazis swept across Europe during World War Two – and witnessing how events were unfolding in Afghanistan – meant that doing nothing was not an option.

“Our parents were forced to run for their lives and they went through very similar pain,” he says. 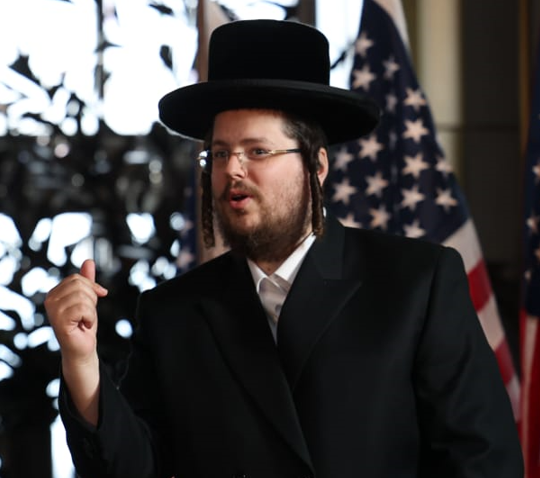 Rabbi Margaretten had no real connection to Afghanistan before he was contacted by a Jewish Afghan carpet trader named Zablon Simintov in August.

Mr Simintov, whose story has been widely told as Afghanistan’s last Jew, had become desperate to leave, saying the country was even more dangerous than when the Taliban were in control two decades ago.

“Since I got Zablon out, I started speaking with people on the ground and they said ‘there are so many people in danger, maybe you should get involved’.”

The rabbi began fundraising within the Jewish community in Brooklyn and Chicago with the aim of getting as many people to safety as possible.

His association helped to secure safe passages for female members of the country’s junior national soccer team, enabling them and their families to cross the border.

Many of the players – aged 13 to 19 – later received permits to resettle in the UK after spending weeks in Pakistan.

“More and more groups reached out – people were calling me in the middle of the night, crying and saying ‘rabbi help me, my life is in danger’.”

He says trying to establish who was most at risk or who should be prioritised was very difficult.

“On the one hand I’m very happy for those I’ve been able to help, but on the other it’s very sad – there’s a limit to how much I can do.”

Rabbi Margaretten set up a team he says works day and night to process paperwork and visa applications for Afghan nationals at risk. “They know what they’re doing,” he says.

The biggest expense, he adds, is getting people out of the country, but his association also pays for their stay at safe houses and hotels, and for food, clothing and medical bills.

One of those helped by Rabbi Margaretten is Fareeda (not her real name), an activist who fights for women’s and children’s rights.

“When the Taliban took control I lost everything,” the 25-year-old says, “my hopes, my dreams, my freedom; I couldn’t go out, I couldn’t go to work or to university – I lost my personality”.

She says she “fought and struggled” for her rights over the years and found the Taliban’s return to power devastating.

“I organised protests urging the Taliban to let us keep our rights,” she says. Fareeda used social media to share images of the demonstrations, which were at times violent with the Taliban using live ammunition, batons and whips.

The photos were later used to identify her.

“They came to my district,” she says, describing how the Taliban were knocking on doors, forcing her into hiding.

Fearful of what might happen, Fareeda asked for help, and was quickly connected with Rabbi Margaretten’s team on the ground.

“They got me and my whole family out of Afghanistan within 24 hours,” she says, adding: “I’m very happy.”

As Taliban forces rapidly advanced across Afghanistan in August, the UN warned that the group was stepping up its search for people who worked for foreign forces and former government employees.

Aalem (not his real name), is an Afghan former interpreter who got in touch with the rabbi through his international connections.

He says he was just a teenager in 2003 when he volunteered to interpret for the late Donald Rumsfeld, then serving as secretary of defence for US President George W Bush.

Now 36, Aalem says he fears for the future of his country and is relieved to have escaped. “I was one of those activists who had to flee,” he says. “The regime change made me feel very vulnerable, it is very risky for former interpreters – Afghanistan is no longer an option as a place to live.”

He says the Tzedek Association is very effective at identifying vulnerable people, but adds: “There are thousands more who still need that support.”

In the days after the Taliban took control of Kabul, US and coalition aircraft evacuated more than 123,000 civilians – although it is unclear how many of those were Afghan nationals.

Thousands are still trying to leave the country every day. Rabbi Margaretten says he will continue his efforts to help them for “as long as it takes”.

Names of evacuees have been changed because at the time of writing they were in third countries awaiting travel to new destinations.