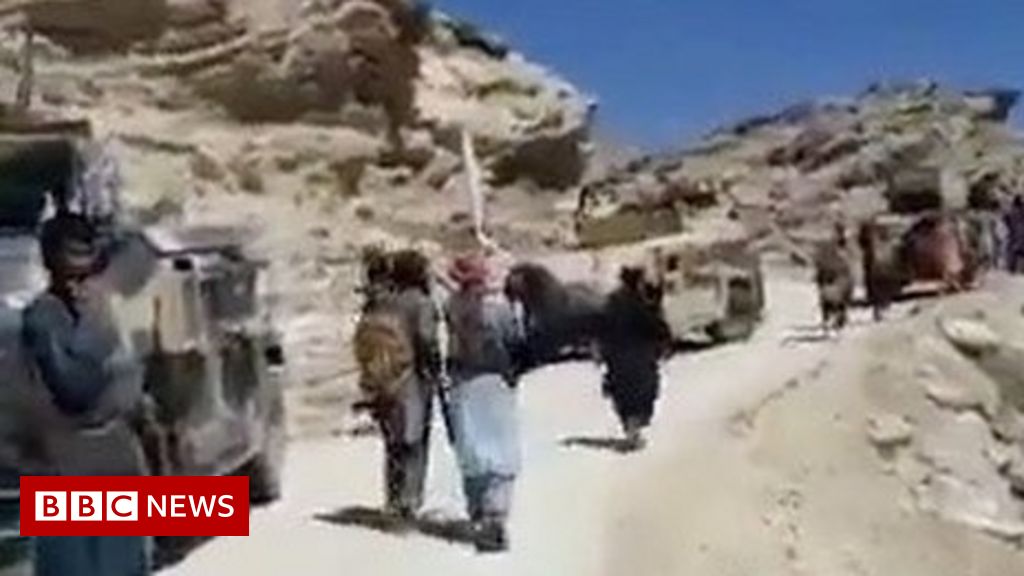 The fate of Afghanistan’s Panjshir Valley – the final holdout against Taliban control – hangs in the balance as heavy fighting continues.

Taliban sources told Reuters news agency that they had seized the area, but the resistance fighters they are battling denied this.

One of the resistance leaders, Amrullah Saleh, dismissed claims he had fled, but said the situation was “difficult”.

The fighting in Panjshir is reported to have left hundreds dead.

In Kabul and other cities several people were killed and others injured by celebratory gunfire, reports say.

Panjshir Valley, north of the capital Kabul, is one of Afghanistan’s smallest provinces and the only one not to have fallen to the Taliban.

The traditional anti-Taliban stronghold is home to somewhere between 150,000 and 200,000 people, and is hidden behind mountain peaks.

The resistance – which includes former Afghan security force members and local militias – is led by local tribal leader Ahmad Massoud. His father successfully fought the Soviets who invaded in the 1980s, and the Taliban in the 1990s.

In a video message sent to the BBC, Mr Saleh, a former vice-president of Afghanistan, said there had been casualties on both sides.

“There is no doubt we are in a difficult situation. We are under invasion by the Taliban,” he said.

But he added: “We will not surrender, we are standing for Afghanistan.”

He said he was sharing the video to assure people that reports suggesting that he had left the country were false. However the BBC was unable to independently confirm his location.

Ali Nazari, a spokesperson for the National Resistance Front (NRF) fighters, told BBC World News that the rebels had pushed the Taliban on the back foot.

“There are well over a few hundred Taliban who are trapped. And they are running out of munitions and they are negotiating terms of surrender right now,” he said.

But Taliban officials have been claiming victory in the area, with one commander telling Reuters news agency: “By the grace of Allah Almighty, we are in control of the entire Afghanistan. The troublemakers have been defeated and Panjshir is now under our command.”

The Taliban are now in control of the rest of the country, and are expected to announce a new government in the coming days.

The European Union and UK on Friday joined the US in saying they will deal with the Islamist group, but won’t recognise them as Afghanistan’s government.

The EU also said it was planning to re-establish a diplomatic presence in Kabul to oversee evacuations and ensure that a new Afghan government fulfils commitments on issues including security and human rights.

But its foreign affairs chief Josep Borrell said any engagement would be subject to strict conditions and would only be to support the Afghan people.

If the West does not want to deal with them, there are other powers such as China, Russia and Pakistan they can turn to, our correspondent adds.

Meanwhile, the Taliban are said to have issued strict orders against aerial firing after unconfirmed reports of a number of deaths caused by celebratory gunfire in Kabul and elsewhere.

One man – an Afghan with the right to live in the UK who is stranded in Kabul – told the BBC that when the firing began on Friday night, “everyone was running in all directions, just like a movie scene”.

He said he was on the move until his feet were numb, “thinking this was the last walk of my life”.