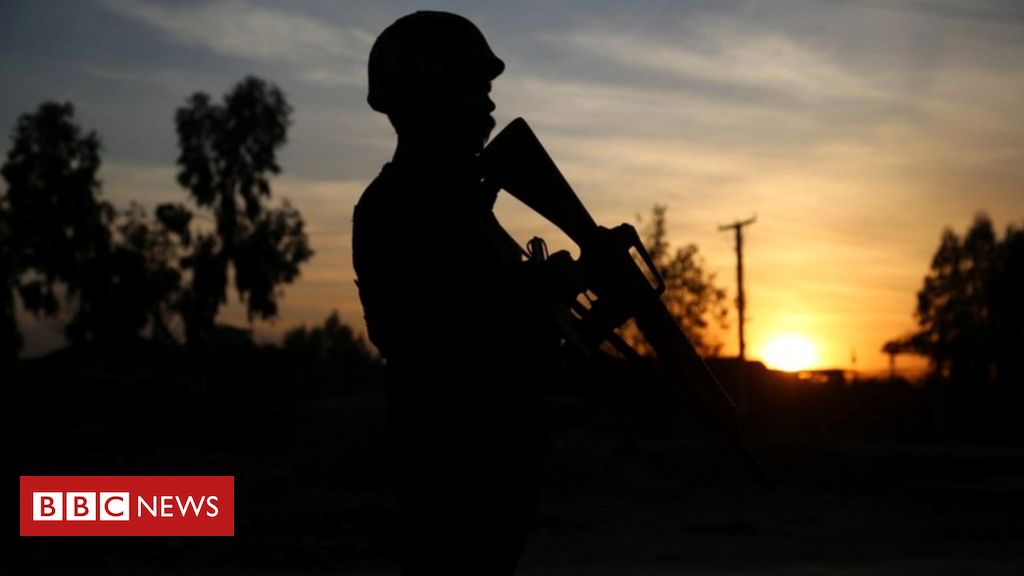 US Secretary of State Anthony Blinken has made a blunt new push for a UN-led peace effort in Afghanistan.

In a letter to the Afghan President Ashraf Ghani, Mr Blinken called for a 90-day reduction in violence and a transitional government formed from both sides.

Mr Blinken also said no decision had been made about whether to stick to a planned US troop withdrawal by 1 May.

He called on President Ghani to show “urgent leadership”.

Mr Blinken’s letter, a copy of which was obtained by the BBC on Sunday, reflected the difficult position the US finds itself in as it reviews whether to withdraw its last 2,500 troops.

A deal struck with the Taliban during the Trump administration in February 2020 committed the US to withdrawing by 1 May, but Afghan officials fear the move would create enormous security challenges.

Mr Blinken warned in his letter that the Taliban could make “rapid territorial gains” across the country in a “spring offensive”.

He also proposed a “transitional peace government” to usher the country through this precarious period, followed by national elections, as well as a UN-led peace conference in Turkey attended by foreign ministers and envoys from Russia, China, Pakistan, Iran, India and the US.

The BBC’s chief international correspondent, Lyse Doucet, describes the letter to President Ghani as “blunt” and as an effort to “step up the pressure” on the Afghan government and the Taliban.

However, the disagreement and distrust between the two sides is still wide and Afghans worry that a deal brokered in haste could quickly break down, our correspondent adds.

US-led forces ousted the Taliban from power in Afghanistan in 2001, shortly after the 11 September terror attacks.

The level of violence in the country remains high. The past year has seen a surge in targeted killings of journalists, activists, judges, and other civil society figures – killings blamed largely on the Taliban.

The planned US and Nato withdrawal has led to fears, particularly among women’s rights activists, that a Taliban return to power could compromise the progress made over the past two decades.

Zalmay Khalilzad, the US diplomat spearheading the current intra-Afghan peace process, will meet Pakistani officials on Monday in Pakistan, which is widely viewed as having leverage over the Taliban.

Months of silence and speculation over President Biden’s agenda for Afghanistan have been shattered by this leaked letter. It underscores how the Afghan leader, President Ghani, is being consulted much more than he was in the time of President Trump. But it’s also clear much more is now expected of Mr Ghani – urgently.

Anthony Blinken’s letter is respectful to a “partner”, but also surprisingly blunt to a leader who could pose an obstacle with his insistence on only transferring power through elections. Mr Blinken tries to burst any bubbles in Kabul: once the last US troops leave, the Taliban could make even greater gains on the ground, he warns.

Washington’s plans are now clear: it wants to accelerate on-off Taliban peace talks in the Gulf state of Qatar, as well as endless efforts to get Afghanistan’s neighbours, with their own conflicting agendas, on the same page.

Zalmay Khalilzad, grounded for weeks in Washington as the Biden team grappled with the Taliban deal they inherited, has now been empowered to push even harder to find a way out of this war. His arrival in Kabul last week sparked a new buzz among President Ghani’s allies and enemies. A revised seven-page “discussion draft of a peace agreement” – also obtained by the BBC – sets out a roadmap towards “a transitional Peace Government of Afghanistan”.

The new plan is full of detail but fraught with risk. It’s already meeting resistance: from both the Afghan government and the Taliban; and from Afghans who worry that a peace cobbled together too quickly will only make this war even worse.

What was the US-Taliban deal?

The Trump administration made withdrawing troops from Afghanistan a priority.

The deal signed in February 2020 said that the US and its Nato allies would withdraw all troops in 14 months if the Taliban upheld its promises, including not allowing al-Qaeda or other militants to operate in areas it controlled, and proceeding with national peace talks.

Although the Taliban, a hard-line Islamic movement, stopped attacks on international forces as part of the historic agreement, it has continued to fight the Afghan government.

As a condition of starting negotiations with the Afghan government, the Taliban also demanded that thousands of their men be released in a prisoner swap.

Direct talks then began Doha in September 2020, but a breakthrough has still not been reached.