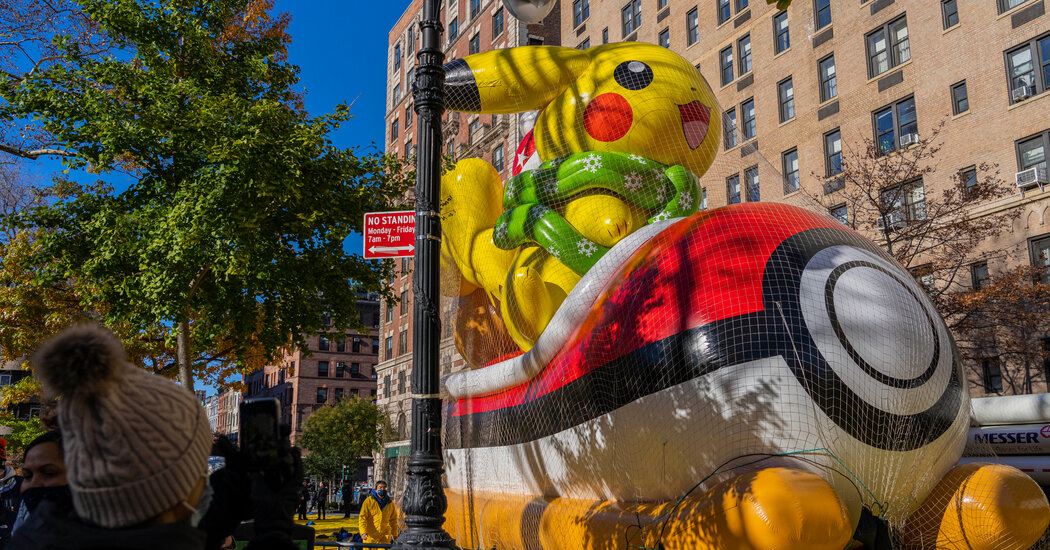 World|How one man realized his dream of becoming a balloon handler in the parade.

The Macy’s Thanksgiving Day Parade gets people excited — at least judging by some of the responses I received when I posted on social media that last week that I would be marching with the Pikachu balloon.

Growing up, I often watched the parade on television. I have fond memories of a Sesame Street float, a vague recollection of one with Marvel heroes and villains, and I was always in awe of the Superman balloon (It turns out there were three. The last Man of Steel balloon made his final parade appearance in 1987.)

But as a child I never gave a second thought to what a production it must be to pull off a successful parade. A year and a half ago, I started looking for a way to participate. (I first tried to do it last year, but Covid curtailed the length of the parade, the balloons, the volunteers and the onlookers.)

I was brought into the ranks of balloon handlers — it almost feels like a whisper network, you need to know someone who knows someone — by a former colleague who had marched many times. I told her I was interested in joining in and she helped me become a volunteer on her team this year.

The sign-up process involved uploading my proof of vaccination, watching a training video in the proper care of balloon handling and more. I added a new phrase to my vocabulary: “handling bone.” That’s the device used to hold and tow the lines that ease the balloons down the parade route and, later, to the deflating area.

As a native New Yorker, I’m eager to take part in such a Big Apple experience, though it’ll be a long day, thankfully, if forecasts are correct, with mild weather. I need to check in at 7:15 a.m. and will likely not be done until after 12:30 p.m.

My one worry, as a momma’s boy, was being late to my family’s Thanksgiving lunch, a tradition which stems from a time when my sister and I worked evening shifts at The New York Times. But I dutifully visited my mother on Wednesday afternoon, asked her to keep an eye out for me on television and promised I would eat plenty when I arrived.