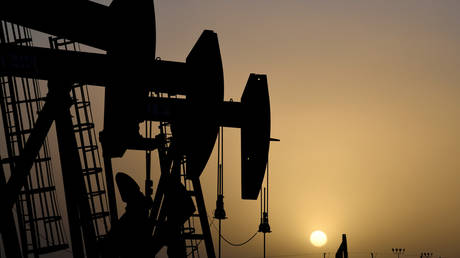 Itâ€™s a worrying time for oil markets as bullish news fails to drive oil prices higher and a wave of negative developments look set to hit the industry in the coming weeks.

Itâ€™s been disheartening for the bulls that oil prices have failed to break out over the past few weeks despite a flurry of positive news including declining inventories and reports that OPEC+ producers haveÂ mostly been sticking to their pledged cuts.

And now the pendulum has swung to the opposite end and oil markets have to climb a new wall of worry.

After a brief, half-hearted rally, oil prices have dropped back to a familiar trading range in the low-$40s after the Labor Department reported that US weekly jobless claims totaled 1.106 million last week. This comes just a week after the tally dipped below the 1M mark for the first time since March, thus raising serious doubts about the sustainability of the economic recovery.

â€œWith all the bullish headlines that weâ€™ve seen over the last weeks regarding inventories, the inability to break higher does not bode well,â€™â€™ Tariq Zahir, managing member of the global macro program at Tyche Capital Advisors LLC, has told Bloomberg. â€œCrude fails to break to the upside and youâ€™re in a contango market, so risk is to the downside.â€

Oil price volatility has returned to pre-crisis levels and nothing seems to jolt the markets into action at this point.

Here are 3 reasons why oil prices might remain in limbo for much longer than the bulls could have hoped for.

But hereâ€™s the alarming part: Although US oil inventories have been declining over the past couple of weeks, the margin of drawdown has shrunk considerably.

Also on rt.com
US oil production to fall more than expected this year

These inventory worries are not helped by the fact they have come at a time when OPEC+ has eased its deep production cuts. Starting this month, OPEC trimmed its historic production curbs by about 2 million barrels per day to 7.7 mb/d. But as BNP Paribasâ€™ head of commodity strategy Harry Tchilingurian has told Bloomberg, there are genuine concerns that rising OPEC+ production could coincide with an uneven recovery in oil demand.

Rystad Energy has also warned that a renewed surplus could come knocking again following the loosening of the OPEC+ production cuts:

â€œOPECâ€™s experiment to increase production from August could backfire as we are still nowhere near out of the woods yet in terms of oil demand. The overall liquids market will flip back into a mini-supply glut and a swing into deficit will not happen again until December 2020.â€

Saudi Arabian Energy Minister Prince Abdulaziz bin Salman tried to assuage fears that the easing had come too soon by pointing out that countries that had failed to stick to their pledges in May and June would compensate by cutting production in the coming months. But we all know that with OPEC+, nothing is ever guaranteed.

Much of the recent oil and equity rallies can be chalked up to optimism that a Covid-19 vaccine will soon become a reality. Indeed, the race to develop an effective vaccine is in full swing: Globally, there are 185 research teams engaged in the race to find a vaccine with seven vaccines having made it to the final stage of large-scale efficacy trials.

Unfortunately, proper vaccine development is normally a very long process with safety usually given top priority. For instance, a recent vaccine for dengue fever was discovered to actually heighten the disease in vaccinated children when they later were exposed to the dengue virus while another vaccine developed for Respiratory Syncytial Virus caused the same problem. Itâ€™s the biggest reason why many countries are discounting Russiaâ€™s so-called â€˜Sputnik moment.â€™

Also on rt.com
Exports of Russian oil products to US hit 16-year high

With no clear timelines as to when a viable and safe vaccine could hit the mass markets, the global economy and oil markets remain particularly vulnerable to the so-called second wave of Covid-19 infections. Indeed, last month OPEC+ expressed concern that the pace of the oil market recovery has been slower than anticipated due to the growing risks of a prolonged second wave of the pandemic.

When investors think of the oil-renewables nexus, they usually look at it in terms of how low oil prices might slow down the shift to renewable energy. Whereas that is true in principle, so far there is no evidence that low oil prices have negatively affected the momentum of renewable energy. On the contrary, the demand for renewable energy has continued to grow during the pandemic at a time when fossil fuels are facing their biggest demand destruction in history.

Also on rt.com
Exxon: 20% of global oil & gas reserves may be WIPED OUT

The ongoing wave of massive asset writedowns in the oil and gas sector is a clear indication that executives have finally acknowledged that â€˜Lower Foreverâ€™ might be the new norm for oil as Shell CEO predicted three years ago.

The bulls might have the last laugh though: Sustained underinvestment in oil projects might actually lead to a supply squeeze down the line which could cause oil prices to spike.